Next Charter Flight to Australia May Also Include Indian Students 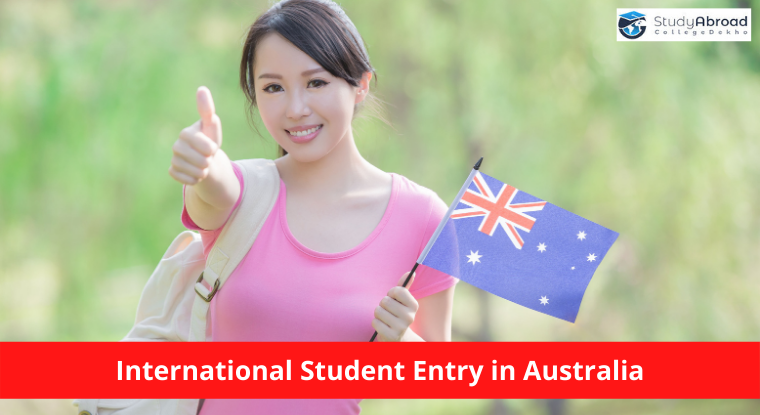 With the first batch of international students now in Australia under quarantine, Charles Darwin University has announced that the university will work with the Northern Territory and the Australian Government to charter more flights next year. Sources claim that the Council of International Education may charter a flight from India, however, the parties involved ar yet to confirm the plans. With a successful pilot programme with the first cohort of International students and further advancement in the development of COVID-19 Vaccinces, the future of International Education seems promising, state stakeholders.

The first cohort of international students from the four countries, i.e. Japan, China, Indonesia and Vietnam have reached the Australian landmass. A total of 63 students arrived at Darwin airport, which had commenced its flight in Singapore. Since border closures in March 2020, these students are the first few international students to have set foot in the country. The students have directly been admitted to the quarantine facility and will remain within the facility for the next 14 days.

In a statement by Simon Maddocks, the Vice-Chancellor of Charles Darwin University, stated that few key elements that allowed the university to bring back the first few international students to the country include the fact that there has been no community transmission within the Northern Territory and the fact that Howard Springs lies just outside the community.

He further added that the University is presently planning on further international student flights in January and the following six months. Depending on the situation at hand, CDU along with the Australian Higher Education System and the Vocational Training System will continue to make provisions to bring back more international students to the country, as they are vital to the universities and the local economy.

Previously, Australia’s Charles Darwin University, located in the Northern Territories may become one of the first universities in South Australia to bring back international students from four different countries. Recently, Adelaide had seen an unexpected growth in the number of Coronavirus cases, which led to many universities being forced to pause their pilot programmes.

Sources state that the first batch of students to reach Charles Darwin University will include international students from four countries, viz. Japan, China, Indonesia and Vietnam. Meanwhile, students from other countries, including India, may have to wait till next year to enter the country to pursue higher education.

Currently, the students travelling from these countries have received the approval of travelling via Singapore, stated a spokesperson from CDU. The spokesperson added that 90% of the allocated 70 seats on the Singapore Airlines flight have currently been booked. It is expected to see the rest of the seats be filled in the coming weeks as well.

The Vice-Chancellor of Global Strategy and Advanced at CDU, Andrew Everett stated that the students who will be returning to the campus will be transported to a government facility at Howard Springs. Here, the students will be required to quarantine for a mandatory 14-day period to ensure that they would not pose harm or cause an increase in COVID-19 cases in the community.

However, questions have been raised by Indian students who have relentlessly been waiting to hear from universities and colleges in the country. Sources state that a majority of the international students in Australian universities consist of Indian students, who are presently stranded in India and have been awaiting news regarding relaxations on the border.

CDU spokesperson has revealed that the return of Indian students in Australian universities will be considered in early 2021. The CDU also added that they are working with the government to bring back the Indian students on campus as soon as possible.

Other states such as New South Wales and Victoria are also working towards bringing back a large number of the international students, however, none of them has provided a deadline as to when students will be allowed to return.