The Government of Japan has announced that it is currently working on providing international students with a new visa which allows them to stay in Japan and start a new business. The step has been taken in a bid to provide students with more work opportunities after graduation. 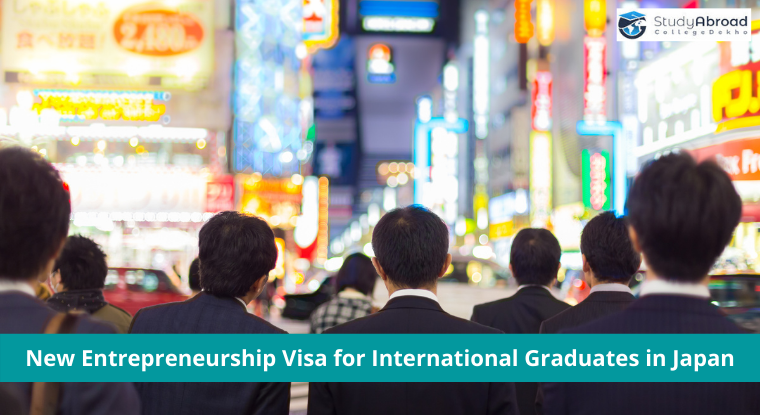 In a bid to provide more work opportunities to students in the country after graduation, Japan has been working on releasing a new visa for international students that allows them to work as entrepreneurs who wish to set up shop after graduation in the nation.

As per a statement from the Ministry of Justice, the Immigration Services Agency is preparing for a new start-up visa to allow graduates from Japanese Universities to stay in the country for two years and build a business.

However, the date for commencing a new system is yet to be determined, nonetheless, the same has been planned for the 2020 Financial Year, sources state.

This announcement comes after a previous statement released by the Japanese Government this year, which stated that the government wanted to provide more opportunities in the country after graduation.

Over the years, strict requirements for graduates to stay and work in the country have been worked upon by the Ministry of Justice in Japan. Presently, all international students are allowed to work in any role they wish to provided they earn over 3 million yen (approx US$28,700). However, statistics report that graduates earn about 2.3 million yen when they start their career.

As per a few reports, in 2018, 25,942 international students received their work visa after completing their graduate studies, which is an increase in from previous years. Overall, 95.3% of the students who switched to work visas comprised of students from different Asian countries.

As per the ongoing rule, International Students are allowed to work a total of 28 horse per week, along with their studies. However, to be eligible for this, students must apply for additional permits with their student visas.