Jharkhand Chief Minister Hemant Soren is expected to share his views on sustainable development, tribal rights, policies on welfare state approach being implemented by him and work done by the state government in response to COVID-19. 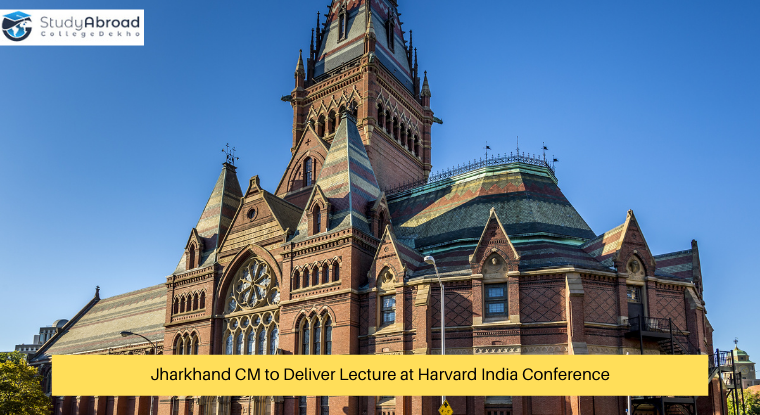 Jharkhand Chief Minister Hemant Soren has been invited by Harvard University to address the 18th annual Harvard India Conference scheduled to be held on February 20, 2021.

Soren, through his official Twitter handle, has accepted the invitation to deliver his speech online at the Harvard University event.

The invitation appreciated Soren’s work and mentioned that his work has been of keen interest to them as he merged tribal indigenous politics with a welfarist development agenda. It also appreciated his acumen in handling the governance and politics leading to the strengthening of democracy that was locked in feudalistic nepotism and caste.

While acknowledging the invitation, Soren has appreciated the organisers and said he is looking forward to sharing his views on sustainable development, tribal rights and policies on welfare state approach being implemented by him, informed his office.

The Office of Chief Minister, Jharkhand further said in the tweet that the chief minister will also talk about the work done by the state government in response to Covid-19.

Annual India Conference is a student-run conference, largest in North America that focuses on India. It is also one of the leading platforms in the world for debate, networking and dialogue on issues related to contemporary India.

Stay tuned to the latest news and updates on foreign education.