Jharkhand Chief Minister, Hemant Soren has announced that the government will soon release a scholarship scheme for meritorious students of the state. The announcement was made at the feliciatation ceremony held in Ranchi for Class 10 and 12 board toppers. 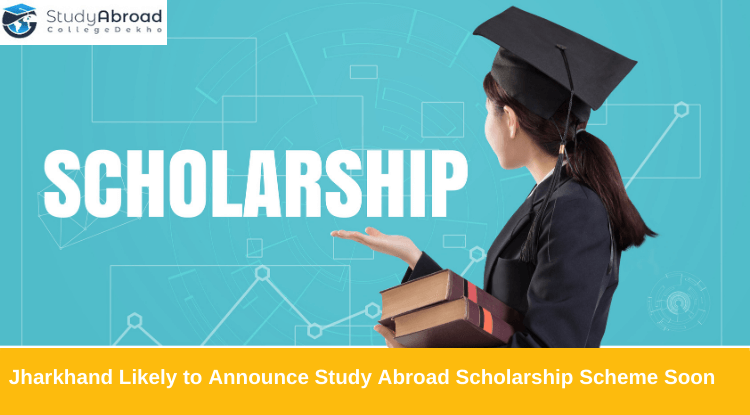 A felicitating ceremony was held in Ranchi on 3rd December 2020 where the Chief Minister of Jharkhand, Hemant Soren distributed cash prize of up to 3 lakhs to students of Class 10th and Class 12th who topped the board exams. Along with this, a big announcement was made by the Chief Minister at the ceremony as per which the Jharkhand government will soon be releasing scholarships for meritorious students who want to study abroad.

Chief Minister Soren said that the government is already working on unique plans to support meritorious students who want to pursue their higher education abroad considering the plight of outstanding students who are not able to receive study abroad education loans from banks. He confirmed that soon the government will launch the scholarship scheme in Jharkhand.

A total of 47 students who grabbed the top three positions in the State in Class 10th and Class 12th JAC, CBSE and CISCE board received the cash award on the occasion. The first, second and third state toppers of Class 12th from all the three boards received a cash prize of Rs 3 lakh, Rs 2 Lakh and Rs 1 Lakhs respectively while top three students of Class 10th from all boards received Rs 1 Lakhs, Rs 75,000 and Rs 50,000 respectively.

Students who received the award seemed excited and most of them were willing to utilize the cash prize for higher education.

In the same ceremony, schools of Jharakand that have been selected for Mukhyamantri Swachch Vidyalaya Purashakar were also honoured by the Chief Minister. As many as 119 schools were selected for this award and each of them received a cash price ranging between Rs 50,000 to Rs 2 lakh as per their star ratings.

Stay tuned for the latest Study Abroad News and Updates!