Under Trump, a great number of Indian professionals were impacted due to a series of changes made to the US immigration and visa policies. Joe Biden plans to increase H1-B visa limit and remove the cap on country-wise employment-based visas. 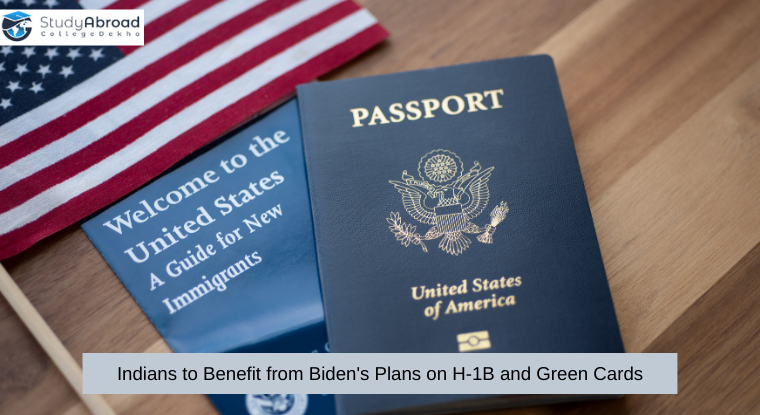 With the winning of Joe Biden in the US presidential elections, there would be a new wave of immigration and visa rules including increasing the number of high-skilled visas and doing away with the cap on country-wise employment-based visas.

Under Trump, a great number of Indian professionals were impacted due to a series of changes made to the immigration and visa policies. Biden, according to his manifesto, is expected to reverse the incumbent President’s move to revoke work permits of spouses of H-1B visa holders.

Biden’s campaign policy documents also said that high-skilled temporary visas should not be used as a deterrent while recruiting workers who are currently in the US for popular occupations. It would further threaten innovation and competitiveness in America.

Also Read: Will International Students Get a Warmer Welcome in the US From the New Govt?

It also revealed that Biden will first work with Congress to modify temporary visas for them to be aligned with the current labour market and not be used to impair wages. He would then move his focus to increase the number of high-skilled visas and removal of the restriction on the number of employment-based visas by country.

The number of employment-based visas, also known as green cards, is currently capped at 140,00 for every year.

In June 2020, Trump had, in order to protect American workers, suspended the H-1B visas (which expand the number of high-skilled workers in the US) as well as other foreign work visas for the rest of the year.

Again in October 2020, he had introduced new limitations on the H-1B non-immigrant visas, which was aimed at promising that H-1B applications are approved only for qualified petitioners and beneficiaries.

Another Trump move to restrict the number of recent PhD graduates in STEM fields in the US also had a huge impact on the US economy, with them being one of the most important contributors.

Mr Biden proposes that international graduates of PhD programmes in the US should be given green cards, which would lead to a positive impact on the US economy.

Managing attorney at immigration.com Rajiv S Khanna, referring to the green card, said that the changes could go into effect quickly and start benefitting Indian applicants within only a year from now.

As per data released by the Office of Foreign Labour Certification, Indian nationals constituted 50% of the applications under the Permanent Employment Program in the first three quarters of FY 2020, followed by China with 13% applications. About 67% of these applicants were H-1B visa holders.

Out of the top 10 companies that applied for green cards for their employees in fiscal 2019, eight were based in the United States, as highlighted by data issued by the US labour department.

Stay tuned to catch the latest news and updates on the new US immigration and visa policies.