Yayasan Monash University Indonesia, all set to open in 2021, will be a research-intensive campus with industry connections offering both Master’s and doctoral degrees, along with executive programmes and micro-credentials. 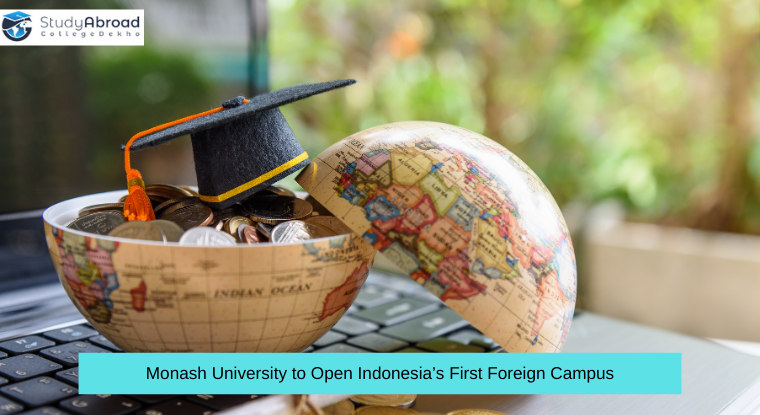 Australia’s Monash University has been granted a license by the Education and Culture Ministry to set up the first international, foreign-owned university in the outskirts of Jakarta, Indonesia, all set to open in 2021.

Monash University's president and vice-chancellor Margaret Gardner said on December 1, 2020, that the license will establish a commitment to Indonesia and make the in-country campus a reality. The new campus will further create global research collaborations and provide graduates with the scope for advanced professional development.

Yayasan Monash University Indonesia will be the latest addition to Monash’s network, including Malaysia, Italy, Australia, China and India. It will be a research-intensive campus with industry connections offering both Master’s and doctoral degrees, along with executive programmes and micro-credentials.

To be established in Green Office Park 9, BSD City, the campus would be a locally listed foundation called Monash Indonesia.

Monash has also announced that the intake for its postgraduate programmes in Indonesia will begin in October 2021.

The chief executive officer of Sinar Mas Land Michael Widjaja said that the campus will be digitally advanced and environmentally-friendly at the same time.

He further said that this will certainly provide opportunities for Indonesian students to get access to a world-class education.

The original statement with relation to the opening of the new campus came in 2019 when Australia and Indonesia indicated that permission will be granted to off-shore branch campuses.

Earlier in 2018, the government minister said that the Indonesian government would let foreign universities to operate in the country.

Monash also mentioned that the campus in Indonesia, which will offer student and staff global mobility among other things, is more significant for areas like digital technology and data science, creative industry and entrepreneurship, infrastructure and urban design, and public policy and public health.

The current minister of education and culture of Indonesia Nadiem Makarim also appreciated the establishment of the first foreign campus in the country.

The University of Adelaide