The UK is hopeful that it can attract 600,000 international higher education students mark by 2030. With a rework and addition of many policies and immigration systems, the UK is seeking to make the new immigration system, as “simple and successful” as possible. 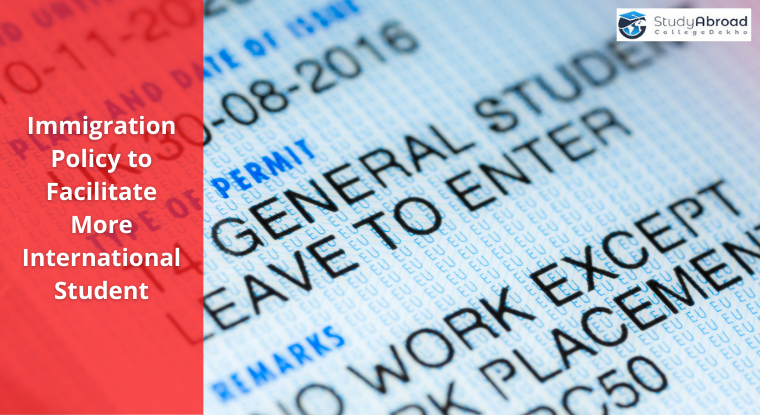 The UK government has given itself the task of achieving the 600,000 international students by 2030 mark, which it claims to be achievable. The Home Office head of Student Migration Policy stated that while COVID-19 has affected the study abroad targets, reaching the 600,000-mark is still an attainable goal.

Paul Jeffery in a statement during the IHE 2020 Policy Live virtual conference stated that the new immigration system is intended to keep the process of increasing the number of higher education international students in the country, as “simple and successful” as possible and that the government is preparing to take on the humongous task.

Speaking to the delegates, Paul stated that the first in the new system had been launched on 5th October this year and is presently operational for receiving applications. Meanwhile, the other parts of the first step in the new immigration system, which includes the new flagship points-based skilled worker route, is set to commence operations on December 1, 2020.

He further added that the new graduate route is set to begin in Summer 2021 and is an integral part of the system as well. He commented that since the technological and infrastructural work that is needed for the route is yet to be started.

Commenting on the route, Paul stated that no maintenance, sponsorship, English Language requirements will be present once on the route. He added that candidates will only be required to prove that they have successfully completed their course. Those who have completed a course at degree or master’s level will be able to work in any profession at any skill level for two years. Meanwhile, those who have completed a course at the doctorate level will be able to pursue a profession for three years.

While some aspects of the system and policy have been ironed out, there are a few questions that have been left unanswered. Specifically, questions relating to the eligibility for those studying articulation degrees and have completed 2 years outside and 2 years inside the UK. Along with this, questions on how the Home Office is made aware of who is eligible for the route, Paul added.

Paul Jeffery stated that a need for some mechanism that will help Home Office is classifying someone as those who have successfully completed their course and qualify them to apply will be required. He stated that in partnership with UKCISA and others, the best possible solutions are in the works.

Concluding his message, Paul stated that the policies have been implemented in a bid to send out “a good message internationally”.

He also added that due to COVID-19 halting international flights from many countries, students have been forced to completed their higher education programmes through online mode. However, to opt for the routes, students must have studied in the UK. The UK Government is keen on students being able to study in the country to become eligible for the routes.

The reasoning behind the interest is so that the government is assured that the students have been able to pursue higher education in the UK and have been able to adhere to the regulations and terms of their visas. This is can not be confirmed for those who receive a UK degree through distance education.

Also Read: International Student Numbers Rise in the UK May Rise in January

Therefore, to overcome the issue, the government will be permitting students who have begun studying abroad currently. To be eligible, students will need to be in the UK by Easter Monday, i.e. 5th April 2021, following which, they will be able to apply for the route. The date will be reviewed at a later time, as the pandemic leaves room for uncertainty and irregularities, which may force a change of date and time.

Present in the IHE conference, Steve Smith, the UK’s International Education Champion, stated that he has been a witness to the numerous benefits that international engagement can bring.

After consultation with the education sector, five countries have been agreed upon as his areas of focus, where he will promote the UK’s offer. The five countries in focus are India, Vietnam, Indonesia, Saudi Arabia and Nigeria. He stated that officials are preparing engagement plans for a Virtual Meet initially with the key stakeholders in the countries, which will facilitate “a dialogue in slower time”.

With time, other countries will be added to the list along with increasing the overall engagement with Europe. He further stated that the international education that the UK has to offer may be world-renowned, standing at the poll in a few areas, however, a rework of the “2019 International Education Strategy” is a must as many competitors are right at the heal, ready to offer more attractive packages.

He stated that a “refresh of the 2019 International Education Strategy is currently in preparation and will hopefully be published later this year”.

The UK has been taking many initiatives to ensure international students who have been aspiring to study and pursue a career in the country are able to do with ease. This can be seen through the number of new policies and systems that have been established over the last year.