A recent study named ‘Investigating the factors affecting outbound mobility of students for higher education’ conducted by an Ahmedabad University faculty member found that 200 out of 312 students wanted to study abroad despite the COVID-19 pandemic. 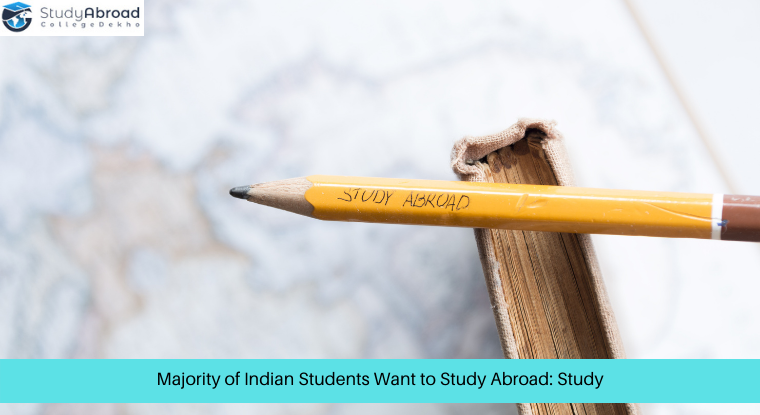 A recent study conducted by an Ahmedabad University faculty member found that 200 out of 312 students surveyed wanted to study abroad despite the Covid-19 pandemic. The study named ‘Investigating the factors affecting outbound mobility of students for higher education’ was conducted by a team led by Sonal Yadav.

It pointed out that the higher the family income, the more the inclination towards pursuing higher education abroad.

Professor Yadav said that another factor for students choosing to study abroad was greater avenues to gain practical knowledge. After the US, which was the most-preferred country among the respondents, they also chose countries like Germany and France. Other factors that influenced their decision included post-study work flexibility, return on investment (ROI) and starting package.

Also Read: US to Process Indian Student Visa Applications for Fall 2021 from June 14

The survey highlighted that decisions of only 21% of respondents were influenced by their family.

Yadav added that public safety was a crucial factor for 84% of the female respondents in their decision to study and settle abroad.

On the other hand, a good number of respondents said that they thought there was no parity between the Indian and foreign education systems. Less than 10% of them agreed that Indian and the international education system were at par.

The study also found that students were interested in finding jobs in Canada and Germany post graduation while some believed that resources used towards education were an investment in terms of greater chances of career professional and attractive salaries.

All in all, 57% said their study abroad decision was their personal decision, 75% wanted to study abroad because of greater exposure to practical knowledge, 53% wanted to enrol at top-ranked international universities and 76% wanted to settle abroad post graduation.

The study concluded that the US, Canada and UK were the most-preferred study destinations among the respondents.