The government of UK has announced that applications for the Turing Scheme that will offer university students from disadvantaged backgrounds up to £490 per month towards livig costs are now open. 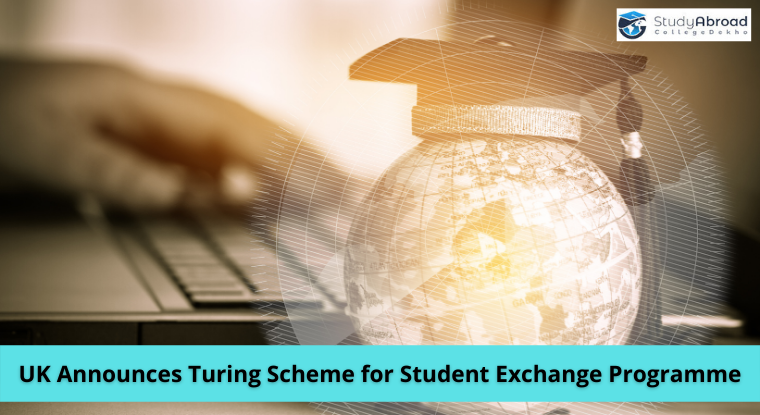 The government of UK has announced that applications for the Turing Scheme that aims to broaden the network of university-level students aspiring to study abroad are now open. With Britain leaving the European Union, one of the first moves made by the government was to increase the student exchange programmes with different countries like India.

In a bid to replace the EU-wide popular Erasmus+ programme, the UK government launched the Turing Scheme that will offer university students from disadvantaged backgrounds up to £490 per month towards cost of living along with additional funding to cover passport, visa and insurance costs.

The Department for Education or DfE released more details for Higher Education Institutions in Britain to the 110 million-pound Turing Scheme, which was named after the English Mathematician and Codebreaker Alan Turing.

Prime Minister Boris Johnson said that the scheme is an international program that allows every eligible country to partner with universities, colleges and schools in the UK. It will further help students from all income backgrounds get access to good education opportunities in any country they choose.

Assistant director partnerships and mobility at UUKi Celia Partridge called it a step towards providing additional support to disadvantaged and disabled students along with flexibility in allowing shorter mobility.

Partridge added how this is only the first year of the scheme and universities will now be facing time pressures given the short window for applications.

The launch of the scheme was marked by education ministers visiting the devolved nations who have been critical of the leaving Erasmus+ to point out the benefits of the Turing scheme, she said.

Universities minister Michelle Doneland will visit the universities of Cardiff and Edinburgh to discuss how to welcome more disadvantaged students and widening its access to them.

Head of International Study and Language Institute at the University of Reading David Carter raised concerns about the scheme including whether the allocated budget was enough to support worldwide mobility and what the impact of modern language learning in the UK could be.

Director of the National Agency for EU Higher Education Cooperation at the DAAD, Stephan Geifes, said that the universities in Germany were not happy with UK no long participating in Erasmus+. German universities would have been very interested in the Turing Scheme if they offered bilateral exchanges with tuition fee waivers.

Erasmus+ students have not had to pay tuition fees to study in the UK until now, Geifes added.