The United Kingdom has seen an increase in the number of international student applications received from Non-EU countries, while students from EU states have become more reluctant to apply in UK Universities post-Brexit. 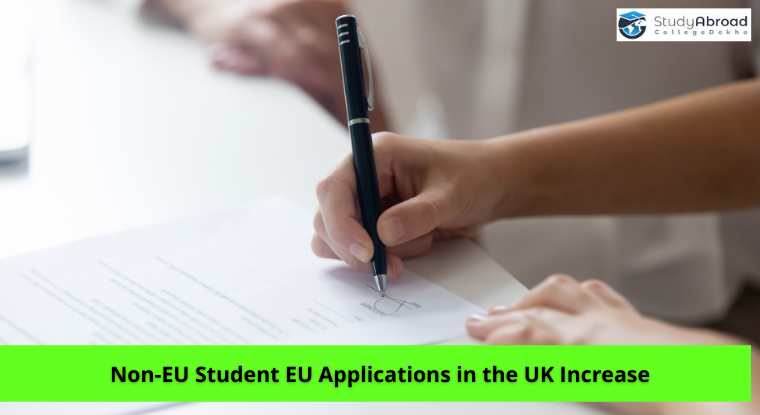 Post-COVID and Post-BREXIT, the January figures for international applicants to UK Higher Education Institutions seem to depict an increase from students outside of the EU. However, numbers from within the EU have dropped drastically, comparatively.

Providing reasoning behind the decrease in the number of applications from EU states were whittled down to the UK’s withdrawal from the European Union as well as the subsequent changes in the student support system, which were made in the last academic year.

Cat Turhan, Policy Analyst at Russel Group stated that the increase in applications from non-EU countries is a statement to the “fantastic global destination for prospective students”. UK’s post-study work visa that is valid for two years also seems to attract more students to study in the UK.

Alistair Jarvis, the Chief Executive of UK Universities commented on the growth of international applications from countries outside the EU but also highlighted the concern of the decreasing number of applications from EU candidates.

He added that UK Universities and the government should work towards promoting the United Kingdom as a high-quality study abroad destination and also offer different types of financial aid to attract EU students.

However, applications from Ireland also saw an increase of 26%. On the other, applications received from EU states in Scotland saw a decrease of 40%. The Universities Scotland stated that the reaction did not seem to be “as dramatic as expected” since this year would bring in the first cohort of EU students who are not entitled to free tuition.

The Director of Universities Scotland, Alaistair Sim, stated that the data shows a significant rise in the demand for higher education, which is promising for Scottish Universities. International students from different parts of the world are aspiring to study in the “most deprived areas”. Universities Scotland further highlighted that a 27% increase in the number of applications were also seen from students outside the EU states.

Sim continued his statement, highlighting the importance of focusing on EU students and the necessary student support and financial aids such as scholarships, which have now become even more crucial.

Rettie also spoke on the decreased interest of EU students in UK Universities after the government announced its separation from the EU. A few universities are expected to be more affected by the decision. Therefore, the UK should be working on rebuilding the trust of EU students and welcome them to the UK while also devising new financial support systems.