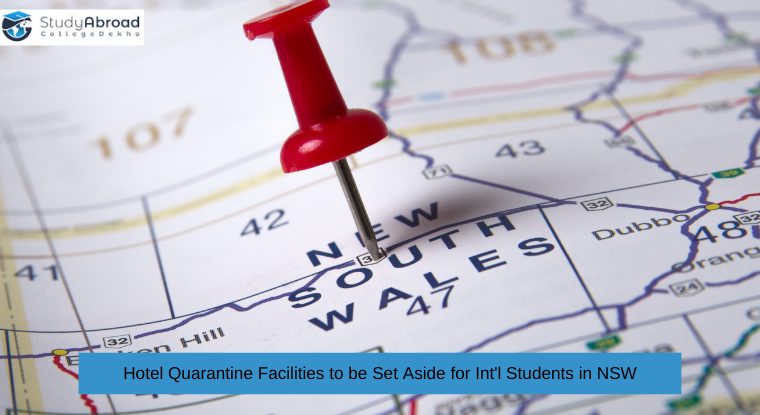 Over growing concerns of the spread of the new COVID-19 strain found across the globe, the NSW Government has put its earlier plans to bring in 1,000 international students back to Sydney. While, the government understands and acknowledges the importance international students hold in the economic stability of the country, the new mutations seem to have drastically affected the decision of the government.

A spokesperson from the Department of Education stated that NSW had not submitted a formal plan to bring back the international students and the priority of the government was to bring back the all Australians returning to the country. However, sources from Senior NSW govermment departments stated that a detailed plan was developed to bring back 1,000 international students, however, COVID outbreaks in Western Sydney and Northern Beaches halted these plans as well.

Focusing on making a positive impact on the state’s economy, Berejiklian announced that 1,000 hotel quarantine places will be allocated for foreign students and migrants every week.

The move has invited disagreement with the federal government, which is of the view that priority should be given to returning Australians rather than students and migrants.

Berejiklian further insisted other Australian states to increase their intake of travellers returning to Australia.

Chief executive of the International Education Association (IEA) Phil Honeywood said that this would help the international education sector, which has been in shambles since the outbreak of the novel Coronavirus in the country.

Adding to it, he said that if Australia does not open its borders to international students soon, then most aspirants would consider studying in other countries such as the UK or Canada, which have been able to keep their borders open.

The NSW Premier also mentioned that this would save jobs in the state’s universities and that she hopes not to see layoffs due to inability of the state to bring back international students.

With nearly 35,000 Australians wishing to return to the country, the federal government has, in the past, faced criticism and pressure to convince states to increase the capacity of their hotel quarantine facilities.

Pilot programs to bring back small numbers of foreign students have also been announced in the Australian Capital Territory (ACT), South Australia and Northern Territory.

International students choosing to study in Australia contribute around $40 billion every year to its economy.

The chief executive of Universities Australia Catriona Jackson said that they are ready to welcome overseas students back to their campuses safely.

Stay tuned to catch the latest news and updates on overseas education!