Recent numbers and figures from Uni-Assist and DAAD have revealed that the number of Indian Students have doubled over the past 5 years. The low tuition fees, impeccable health services, proactive approach to the pandemic are some of the attractice features, state students. 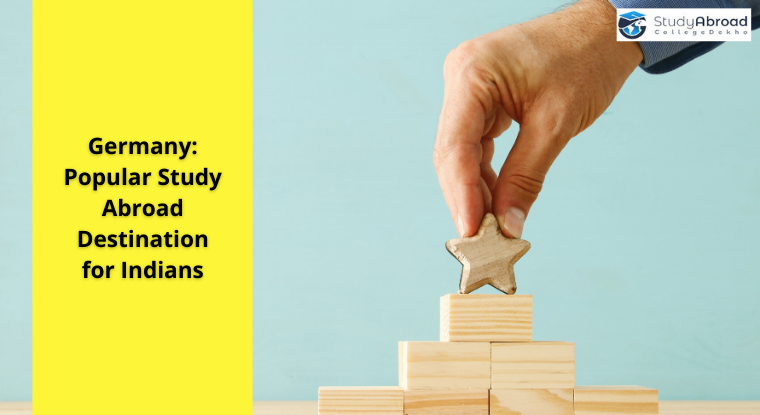 DAAD or the Ferman Academic Exchange Service has stated that there have been over 8,300 applicants from India, who have chosen the different undergraduate and postgraduate courses in the Universities of Germany.

An I-Gauge study published by Quacqurelly Symonds (QS) in May 2020, it was revealed that most Indian students chose the USA as a destination for their higher education with 30.27% choosing US Universities. The UK followed with a 15.84% of students choose UK Universities, while Germany becomes the third most chosen country with 14.33% students choosing German Universities.

It was also revealed in recent numbers released by Uni-Assist and DAAD that nearly 60,000 aspiring international students from 180 different countries choose Germany for the Winter Semester 2020. Inspite of COVID halting all study abroad aspirations of students, this number rounds up to almost 80% of the 2019-20 numbers, thus, proving Germany to be a top spot for students and their higher education goals. 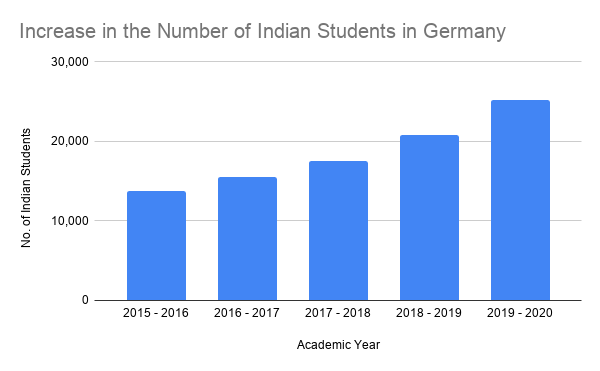 The President of DAAD, Joybrato Mukherjee stated that the German Universities have been seen as a sensible choice with its public-funded universities and their international competitiveness as well.

Among the courses that have been popularly chosen by Indian students as their choice of study in Germany includes, Engineering, Management, Social Studies, Mathematics and Natural Sciences.

However, students have been choosing non-traditional fields or branches in engineering and sciences such as engineering with management, environmental engineering and other interdisciplinary programmes as well, sources state.

Among the many reasons why many students have opted for Germany as their study abroad destination is due to the availability of programmes taught in the English Language.

While the cost of living in Germany may be comparatively expensive, low or practically no tuition fees allows students to choose Germany as a study abroad destination while being easy on the pockets.

Meanwhile, Universities in Germany have taken a proactive approach to dealing with COVID-19 and the challenges it have brought to international admissions. Jens Stackeljan, the Chairman of Board at Uni-Assist, stated that many of the member universities of Uni-Assist made the application process more flexible through decisions such as the extention of deadlines and participating in online processes.