A recent survey of 6,000 prospective international students expecting to study in Australia found that they are less willing to wait as countries like Canada and the UK have already started to welcome students back. 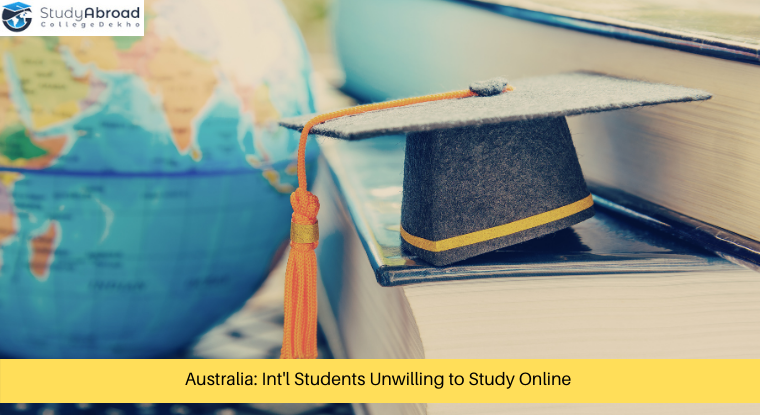 A new survey of 6,000 prospective international students revealed that only 7% of them wish to enrol at Australian universities and study online as returning to Australia is unlikely before 2022.

Conducted by IDP, a student recruitment agency, released its findings on April 30, which found that international students hoping to study in Australia are less willing to wait as countries like Canada and the UK have already started to welcome students.

Student advocates have said that the Australian government has not put forth any plan to bring international students back. It has rather hinted that this may go on till the next year due to the disruptions caused to the vaccine rollout.

Australia’s current border restrictions due to COVID-19 have forced many international students to study online from their home country. Although a number of Australian universities have offered relief through discounted fees, many are still paying the full amount hoping for borders to reopen soon.

The Council of Australian Postgraduate Associations Errol Phuah said that Australia is far behind in its vaccine rollout than the UK, Canada or the US.

He added that these countries are Australia’s competing countries, which are currently “smashing” it.

The survey found that 38% of respondents were happy with studying online initially as long as they shift to in-person learning later, compared to 50% for the UK and 51% for Canada.

Want to Study in the UK or Canada?

43% of the students looking forward to going to Australia said they would defer until they would be allowed to return to campus, compared to 27% for the UK and 24% for Canada.

At the start of 2020, Charles Darwin University brought back 63% students and universities said they expected international students to return in time for semester 2 in 2020.

Phuah said that the Australian government should set a clear goal on the same for the next year and “stick to it” in order to give international students some degree of certainty.

On April 28, report from the Mitchell Institute of Victoria University, found the $40 billion that international students brought in prior to the pandemic could decline by 50% to $20 billion as online enrollment have declined significantly.

Have Doubts About Studying Abroad?