Pearson VUE has announced its partnership with Regula Forensics to ensure a seamless and efficient verification and validation of the test-takers government-issued IDs. The computer-based test taker tackles the challenge of fighting fraudulent activities through this partnership. 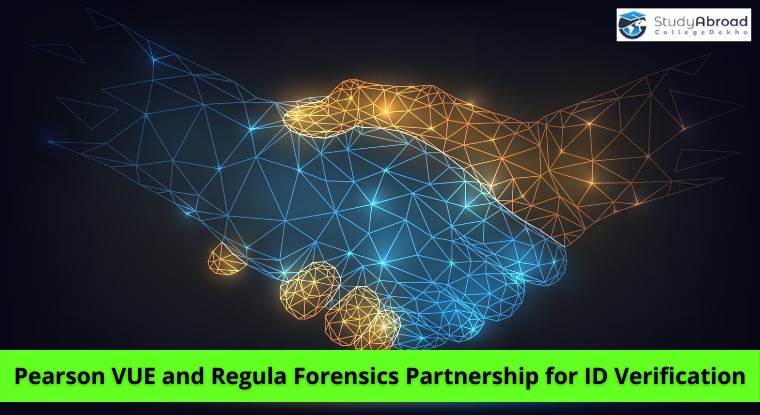 In a bid to ensure that the validity of a test taker’s identity is authenticated for its remote exam verification process, Pearson VUE has partnered with Regula Forensic, an identity verification software manufacturer.

Regula’s ID verification tool that detects fraudulent ID uploaded by a proxy candidate will be used by the Computer-based testing provider, Pearson VUE. Sources state that this recent solution will seamlessly be integrated within the Pearson VUE system.

Farzana Ashraf, CTO and SVP of Products and Services at Pearson VUE, commented that while they pride themselves on operating at the highest standards of test security, a big obstacle was designing an efficient process for validating IDs as valid and authentic, irrespective of the country of origin.

Also Read: Aadhaar to be Accepted as ID Proof for GRE, TOEFL

The extensive database of the Regula Document reader SDK will assist the test provider in comparing the government-issued ID of the test taker, with the original. Regula’s extensive database includes more than 10,00 document templates from a total of 248 countries and territories, including 98 different languages as well.

Commenting on the partnership, Ashraf stated that through Regula, Pearson VUE has enhanced its fraud prevention process while offering 'a consistent candidate experience'. The partnership will also help in easing and seamlessly, all the while quickly, identifying and verifying the test taker’s identity and be able to deliver the test in over 180 countries.

The President of Regula Forensic, Arif Mamedov, commented on the partnership and the company’s ability in offering millions of test-takers across the world to pursue important certification, especially during such an unprecedented time as now, through Pearson’s OnVUE.