Biden Administration Improves Int’l Students' Perception of the US: Survey

IDP Connect conducted a survey that revealed the international students were perceiving the US in a better image with the new Biden Administration. 76% of the participants viewed the US as a favourable study abroad destination, with the likelihood of choosing the US increasing. 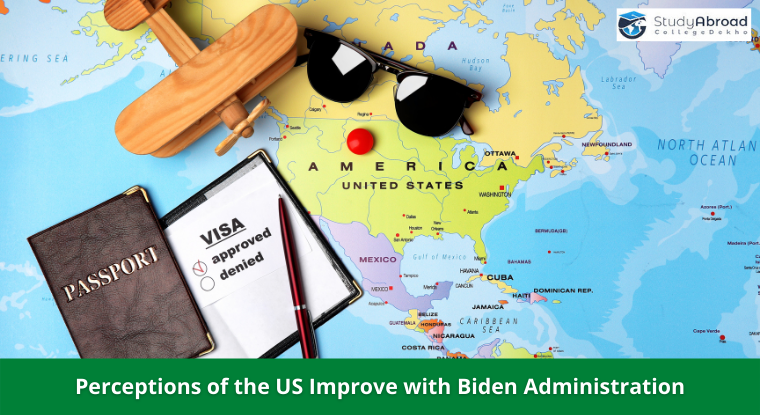 The IDP survey took into account 800 aspiring study abroad students, 76% of whom, stated that the Joe Biden administration, which was elected in November 2020, improved the perception of the US. Additionally, 67% of the participants were more likely to choose the US as their study abroad destination.

Among these common responses from the participants, 33% of the total respondents were attracted by multiculturalism within the US and its Universities.

In a statement from IDP Connect’s CEO, Simon Emmett, since the election results, the search volume for the US with regard to international students, had surpassed the UK and was growing.

Responses from the participants also revealed that expectations of improvements in the welfare of the international students, post-study work visa policies, the safety of the citizens and the visitors along the economic stability of the US, were anticipated from the Biden administration.

Responses and evidence highlighted by the survey back the claims of many stakeholders who suggested that the international education sector of the US would benefit from the election of the Biden administration, thus attracting more international students to the country.

The Survey will also prove beneficial in influencing institutions and universities to change and update their recruitment strategies, stated Emmett. He added that the universities and colleges in the US should take the opportunity to support the students in their decision-making process.

Further revelations from the IDP Connect’s survey highlighted the political awareness of the prospective international students in the global political discussions, with many considering such factors in their decision of choosing their study abroad destination.

A large number of the responses that were received, i.e. 69%, stated that the expectations of the Biden Administration positively affecting their home countries as well.

Students from Africa were more likely to choose a study abroad destinations in the US and Canada, as compared to those from the South-East Asian and Middle-Eastern countries, who would choose the US and the UK.

With the perception of the US improving among the international students, IDP highlights that the three study abroad destinations, i.e. the UK, Canada and Australia would face increasing competition in future intake cycles.