San Mateo County Community College District has been conferred the highest honour for export success in 2020. Included among the 28 other companies and business for the 2020 export success, SMCCD is the only educational institution to be mentioned. 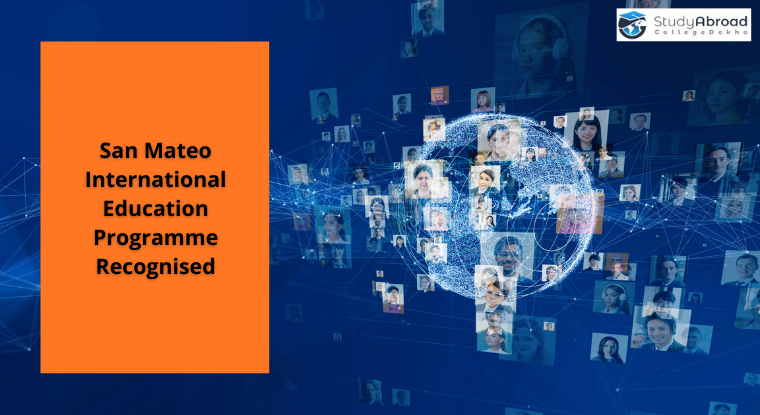 Through partnerships and efforts of the San Mateo County Community College District (SMCCCD) administration, the US Government conferred the highest honour for export success in 2020 to the community college.

San Mateo County Community College District offers an International Education Programme, which over a period between 2015-2019 was able to provide quality education to more than 6,500 students hailing from 135 countries. This International Education Programme was conferred the President’s “E” Award by the US Department of Commerce as recognition for the contribution to the expert growth in America.

Conferring the award, the US Department shed light on the creative marketing of the US Community College education to overseas students and the development of online education offering a local support element for the international students all contributed towards SMCCCD receiving the award.

Wilbur Ross, the US Secretary of Commerce, stated that the achievements of San Mateo Colleges of Silicon Valley have contributed significantly to the expansion efforts of national export, which supported the growth of the US economy and created more American jobs.

Out of the 28 companies and business in 2020 recognised for their contribution to the export expansion efforts, San Mateo County Community College District was the only educational institution to be recognised.

Michael Claire, the Chancellor of SMCCCD pointed towards the efforts and dedication of the team which supported and helped in growing the international education programme.

He added that their beliefs in the international student cohort contributing to the culture, education and diversity of the campuses and community were validated with this award.

Jing Luan, the Provost for international education and leader of the District’s San Mateo Colleges of Silicon Valley, commented on the importance and novelty of such partnerships. He stated that Grade 10 students are invited to participate in the cohort learning that allows the high schools to “facilitate and monitor the progress of the students through theories of ‘learning community’”.

He further highlighted the benefits that both students and the US government are able to receive through the programme. With students bring supported by their peers and the programme offering an extra-curricular element to the students while promoting the bilingual nation push of the government, the programme benefits all those participating in it.

Luan continues to highlight the reasons behind the success and growth of the institution till 2020, which include the continuing relationship with the governmental agencies, counsellors and parents, the in-house homestay programme, its community college benefits, providing exposure to university transfer personnel to study fairs along with the scholarship opportunities.

Luan further commented on the foreign brand name of the institution, i.e. San Mateo Colleges of Silicon Valley, which is an indication of the methods and processes adopted by the institution to differentiate them from the others.