A recent study including 1,442 respondents revealed that Singapore is now among the top five study abroad destinations along with Canada, US, UK and Australia. 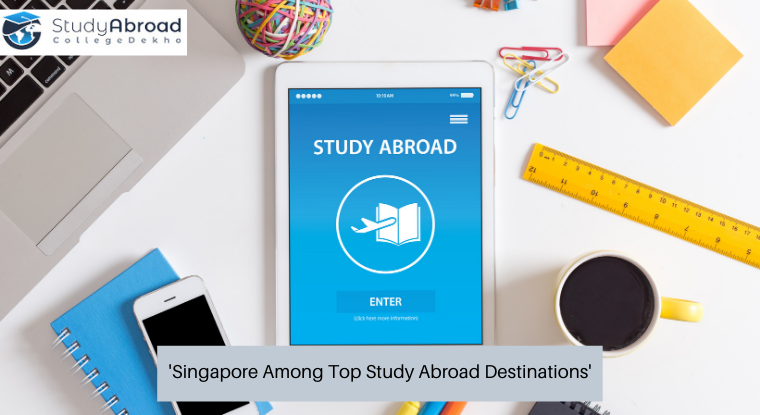 A recent study by the European Foundation for Management Development (EFMD) and CarringtonCrisp including 1,442 respondents revealed that Singapore is now among the top five study abroad destinations. Other top international study destinations include Canada followed by the US, UK and Australia.

The study highlighted that 48% of the students are looking forward to studying in Canada, resulting in a 10% rise from last year. With 40% of respondents preferring Singapore, the country is now one of the most preferred countries among international students from around 50 countries.

The author of the study Andrew Crisp added that Singapore has invested heavily in the education system, making it a significant business centre with an ‘international outlook’. Having handled the pandemic with appropriate measures, Singapore can also be a good alternative for students interested in studying in Asia.

The study also pointed out that there has been a steady decline in the number of students wishing to study in the US (67% in 2017, 62% in 2018, and only 50% in 2019). Even so, the US, UK and France top the list of countries with the best quality academic institutions.

Despite domestic issues in the US and UK, both the countries’ renowned business schools and universities have continued to attract students from across the globe. The reintroduction of the post-study work visa in the UK has also attracted more international students.

As pointed out by the study, Netherlands is considered the most welcoming country, followed by the UK, Spain, Canada and Germany.

Also Read: Visas Granted to Indians to Study in the UK Doubled Over the Past Year

Students perceive Germany as the easiest country to get a visa, followed by Spain, Netherlands and France. On the other hand, China, Japan, and the US are viewed as the hardest to get visas.