International travel to South Africa is now possible as officials have opened up the borders with certain restrictions. However, students aspiring to visit the country and pursue higher education will be allowed to enter the country even if they belong to high-risk countries. 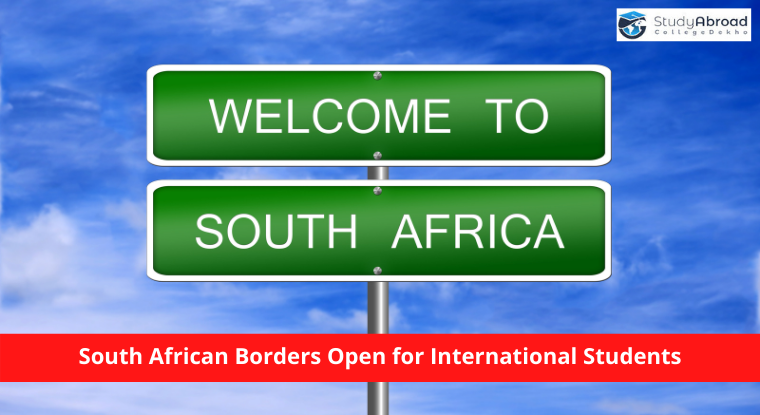 On October 1, 2020, South Africa officially opened its borders, which has allowed international students to commence their higher education in the country. However, the now opened borders still pose a number of challenges with regards to containing the spread of COVID-19, and the steps taken by officials for the same.

Orla Quinlan, president of the International Education Association of South Africa stated that most of the international students in South Africa comprise youth from the Southern African Development Community region.

With the imposition of lockdown in the country, the majority of students took refuge in the homes of friends and relatives as they were unable to travel anywhere else prior to the lockdown.

Quinlan further added that with the borders now opened, the few international students who will be returning to the campuses will follow certain protocols. IEASA conducted a webinar for all International Office Staff members of all universities in the country on the correct information that needs to be passed on to the students.

Quinlan stated that information has been sent to students, clarifying their situation with visas and the protocols that need to be followed in the country and on campus.

The CEO of Education South Africa, Torrique Borges, in a statement highlighted that the government has adopted a traffic light system approach. In other words, nationals from countries that display low (green) or medium (amber) risk, will be able to enter the country as before, with few COVID-19 entry requirements. On the other hand, nationals belonging to high risk (red) countries will be subjected to restricted travel.

With the high-risk countries, issues like booking uncertainty are a cause to look into. With the list being updated every two weeks, travellers seem hesitant in booking their travel to the country. Borges also added that people from high-risk countries are still allowed to enter South Africa, however, they should have a minimum stay of 3 months or a valid non-leisure visa, like that of a student visa.

Borges also commented that a rise in interest towards studying English in South Africa has been witnessed. However, this interest comes mainly from the African markets. This is due to the assurance of travel as well as their risk rating.

Also Read: 0.5% Tax on Student Loans Over Rs 7 Lakhs for Those Planning to Study Abroad

In the statement by Quinlan, she noted that care and precautions would be the top priority when the students return to campuses. She added that the “campus life will not be returning to business as usual”.