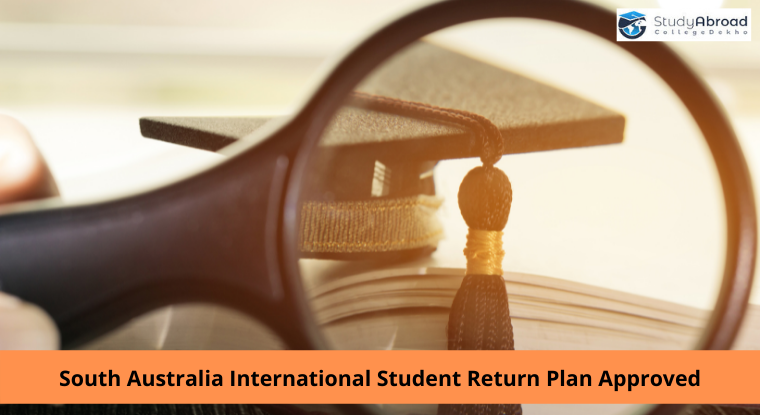 Proposed in early June, the plan is designed to help students travel to South Australia and quarantine at a facility in Salisbury, for a duration of two weeks. Steven Marshall, South Australia’s premier, embraced the approval, emphasising that international students contribute heavily to the economy of the state, which, in 2019, amounted to just over $2 billion.

He further acknowledged the federal government’s priority is the health and safety of South Australians. He also admitted that more work needed to be completed with Education Providers and the Commonwealth.

Marshal highlighted that Professor Spurrier and her SA Health team in partnership with the Australian Police have been crucial in forming the plan, which abides by the important protocols mandated by the Federal Government.

He also added that the returning Australians will not be affected by the approved plans, as the plan will be undertaken outside the present caps. Additionally, students and institutions will be responsible for bearing the costs of quarantine and flights.

Catriona Jackson, Chief Executive of Catriona Jackson, lauded South Australia’s initiative of bringing safely bringing international students in 2021. She further highlighted the benefits of a cooperative partnership between authorities, industry, universities and the government, which can help in the return of international students, especially from low-risk countries, while also ensuring that the returning Australians remain unaffected.

Jackson further highlighted the importance of international students in the economic and cultural life of South Australia. Further, over 10,000 students currently enrolled with South Australian Universities are studying from outside Australian borders.

Karyn Kent, StudyAdelaide Chief Executive, commented that an implementation phase will be involved before bringing back students to Adelaide and students are expected to return in the second half of the year.

While there are more steps that need to be completed before international students can set foot in the country, the federal government’s approval of the plan makes it a “‘blueprint’ for other states to follow when structuring their plans, stated Kent.

Phil Honeywood, Chief Executive Officer of IESS, spoke to the media and commented that they expect New South Wales to receive their federal government approval soon, within a week or so.

Also Read: Australia May Allow Migrants to Enter from Mid-May 2022

He added that the international education sector in the 8 states and territories have been “very good” at sharing ideas for their respective international student return plans. However, an unfortunate lack of motivation from state governments has been witnessed.

He also added that with the Federal Government quickly approving the student return plans of South Australia and New South Wales plans, a sort of momentum and motivation may be created as other states may not wish to lose the market share.