Understanding the need for supporting international students during such an unprecedented time, Gurnam Singh, founder of AISECS, has offered to provide support, especially to those who have start-up business ideas, mentor and guide while also providing monetary support as well. 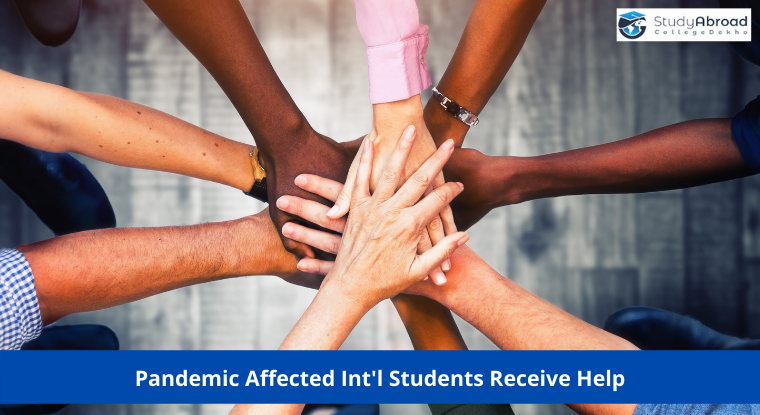 Since the beginning of the COVID-19 pandemic, Australia has been one of the few countries that have been pioneers at controlling the spread of the virus. However, their strategies have left many onshore and offshore in a lurch.

For over a year, international students who enrolled to study in Australian Universities last year during the pandemic as well as those who travelled back home to be with their families are now stuck, unable to return to their universities. However, those who decided to stay back have been facing a financial crisis due to lockdowns and layoffs. Many students preferred staying back in the country to avoid dealing with the uncertainty of returning.

Addressing the situation, Gurnam Singh, the founder of AISECS, commented that an urgent need for supporting international students has risen, especially due to the mental health issues that the students are facing.

In his statement, he spoke about an event, 'Care, Connection and Community', which was held for international students, on June 3, 2021 in New South Wales, in partnership with the Consulate General of India, Sydney and Study NSW.

Singh revealed that families of the students stranded in the country were victims of the deadly COVID-19 wave that hit India recently. However, despite their losses, the students were unable to travel to grieve with their families but were forced to grieve alone, without a support system. Singh added that the event was a way to let the students know they are not alone.

The event was attended by 75 international students along with Manish Gupta, the Consul General of India, Deepak Khadka, Consul General of Nepal, Samantha Ford, the Superintendent of NSW Policy and a Mental Health Speaker, Karishma Rajan Menon from Headspace.

Singh added that they aim to provide support to students with start-business ideas through a unique initiative. The organisation also aims to mentor, guide and provide monetary aid to students with viable ideas and help in jump-starting the projects.

Additionally, a Student Return Plan was also pitched to the federal government by the South Australian government. The plan, if approved, will bring back 160 students at a time, who will then be required to quarantine for two weeks at a facility at Parafield Airport in Adelaide.