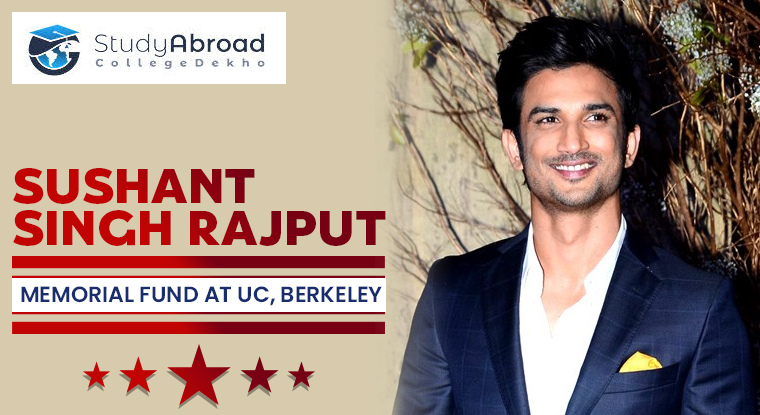 On the 35th birth anniversary of late Sushant Singh Rajput, his sister Shweta Singh Kirti has announced a special scholarship or The Sushant Singh Rajput Memorial Fund worth USD 35,000 for students interested in pursuing Astrophysics at the University of California, Berkeley.

Shweta took to Twitter on January 21, 2021, to announce that it is a step towards fulfilling one of his dreams. She also shared an Instagram post by the late actor, in which he had mentioned the type of educational setup he wanted for a student.

The post also said that he wanted to create an “environment” where kids in India or in any other part of the world get “free” and improved education and enough scope for them to choose any skill. He further added how “convergence” is taking place all around the globe and it should be a shared responsibility of all to make the youth more happy and competent “now”.

The scholarship, which equals out to around Rs 25.5 lakhs, will be open to both international and domestic students applying to study Astrophysics at the university.

Along with mentioning details of the scholarship, she added how Sushant was a National Physics Olympiad winner who held a lifelong passion for astrophysics and astronomy.

Stay tuned to catch the latest news and updates of foreign scholarships.