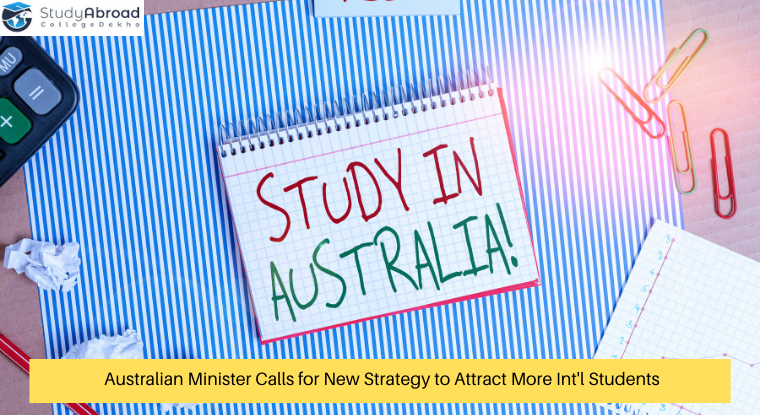 In a move to attract new markets of international students amid COVID-19, Australian Federal Education Minister Alan Tudge has urged universities to offer more flexibility in online courses. Tudge has proposed an idea of using migration incentives to better target international students who want to pursue programs in areas of skilled job shortages.

This will be a step towards moving away from depending entirely on on-campus international students from China and India to drive revenue.

The speech added that the Australian government is designing a strategy to make the country's international education sector worth over $30 billion within the next ten years.

He further is of the view that the sector should make use of the forced shift to online learning and introduce a new model of discounted online programs or a blend of online and in-person classes. This would attract a new market of overseas students who are unable to study full-time at Australian universities.

The speech further mentioned that the global market of online learning is estimated to grow from $130 billion to over $470 billion by 2026. The same will be achieved by catering to the needs of those seeking lower-cost education and flexibility in when and how they learn.

Also Read: International Student Enrollments in Australia Dropped by 7.3% in 2020

Tudge also expressed his concern about the country’s current strategy of revenue generated by international student fees at the expense of educating Australian students.

The government, according to Tudge, is hopeful of letting overseas students return in large numbers by the first semester of 2022. Bringing back students in phases, however, has not delivered any good results as of yet.

University of Stirling (Pathways only)