The UK Government has announced the setting up of a task force to restore consumer confidence and boost tourist travel at a bilateral and global basis. The task force will work on devising methods for a testing regime for international arrivals. 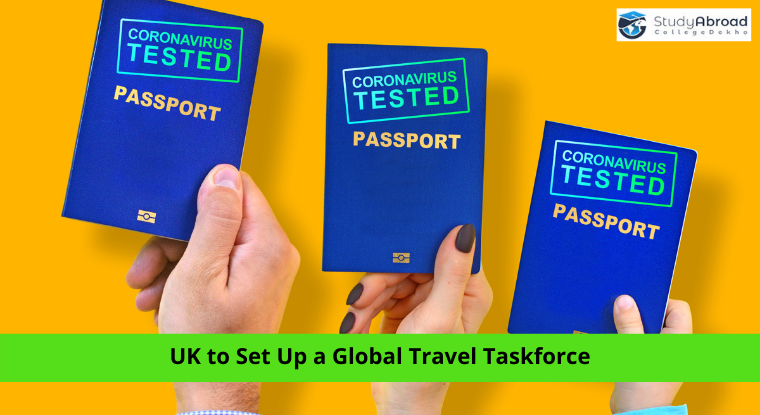 The objective of the task force will be to analyse an appropriate testing regime that will facilitate and boost safe travel to and from the UK, especially for international arrivals.

A statement from the government outlined that the task force will be required to “report to the Prime Minister by no later than early November”. By this time, the task force must provide recommendations on the steps the UK can take on supporting “the recovery of international travel.”

Apart from developing a testing regime for international arrivals and finding methods to facilitate business and tourist travels on a bilateral and global scale, officials will be asked to explore further steps to increase consumer confidence and provide safe and sustainable recovery of international travels.

The statement further explained that the current ongoing travel corridor process and related policy shall not be a concern for the taskforce.

The Chief Executive of UKCISA, Anne Marie Graham, applauded the step and called it a “welcome step forward from the government”. She added that the step also displays the commitment to opening-up travel options for international students, all the while “ensuring the safety of our student communities.”

The statement also added that the task force will facilitate discourse among policy-makers and other stakeholders outside the government, in order to shed a light on innovative solutions and insight to the different issues faced in the sector.

Under the number of industries and sectors that have been considered for consultation, representatives from the tourism sector, transport industry, local business leaders, international partners along with the private testing sector will be included.

Nick Hillman, the Director of HEPI commented on the move and stated that it “looks like a wise move”. He also added that the government must move swiftly if it aims to restore consumer confidence.

Speaking on the absence of a representative from the department in the task force, Hillman added that the DfE must be given a place at the table since the number of students and staff that travel to the UK in any given normal year.

The statement further added that “the task force will seek to achieve the four nations approach” while also ensuring that the health matters are reduced. Therefore the decision-making and implementation of policies may vary across the nations.

Sources claim that the Scottish and Welsh government and Northern Ireland Executive will also be closely involved in the task force’s work.