In a news release, the UK government mentioned that international students with bachelor’s degree and doctoral degree will be allowed to work or look for work in the UK for up to two years and three years respectively. 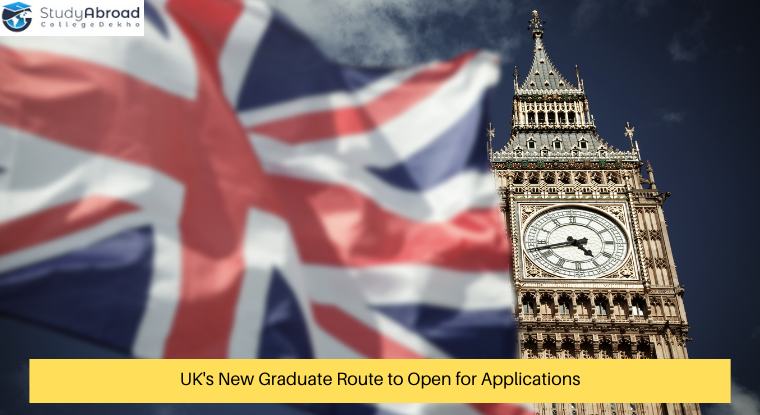 The United Kingdom has opened its new Graduate Route for applications. The new route is open to international students who have completed their undergraduate or doctoral degree in the UK and have a history of compliance with the immigration requirements in the UK.

In a UK High Commission news release, the UK government mentioned that international students who hold a bachelor’s degree will be allowed to work in the UK for up to two years and three years for doctoral degree holders. The route is will not sponsored and students who do not have a job offer yet may also apply.

The new Graduate route is not based on minimum salary requirements or caps on numbers. International graduates will be able to work flexibly, switch jobs and make the best out of their professional life, the government added to the statement. It also said that this will allow the best and the brightest students from India to keep contributing to the UK post-study.

For international students unable to travel to the UK, the country has also extended Covid concessions.

According to recent statistics, 53,000 UK student visas were granted to Indian students, making the country one of the top sources of international students in the UK.

The eligible students may apply for jobs in Wales, Scotland and Northern Ireland. The release also mentioned that the new graduate route will help the UK increase its number of international students in higher education to 6,00,000 by 2030.

British High Commissioner to India, Alex Ellis, said that Indian students coming to the UK makes the “human connection” between the two countries even stronger. It is delightful that more talented students from India are choosing to pursue higher education in the UK and now the new route will also allow them to work in the UK after their studies.

UKCISA and Universities UK International said that the government of UK had taken the UK international education sector’s key recommendations into consideration.

Kevin Foster, minister for future borders and immigration said that the changes announced on March 5, 2021, will make sure that students received a gold standard qualification from an internationally-recognised UK university and can easily continue to live and work in the UK.

The new graduate route was also appreciated by the National Indian Students & Alumni Union UK’s founder and chairperson, whose organisation has had a very big role in campaigning for the route for more than six years.

Anne Marie Graham, chief executive of UKCISA said that the organisation is very pleased that their recommendations were considered while designing the new Graduate route. These included revisions such as removal of self-employment restrictions, amendment to cut-off date for eligibility- which has now been changed from April 6 to June 21.

These revisions will help deliver a world-class student experience in the UK and welcome more international students, Graham added.