University of Glasgow's Plan to Achieve Net Carbon Neutrality by 2030

The University of Glasgow has announced its efforts to achieve net neutrality through offsetting Non-EU student travel once every year for each student. With an objective of reducing its carbon footprint by 2035, the University aims to provide a livable environment for future generations. 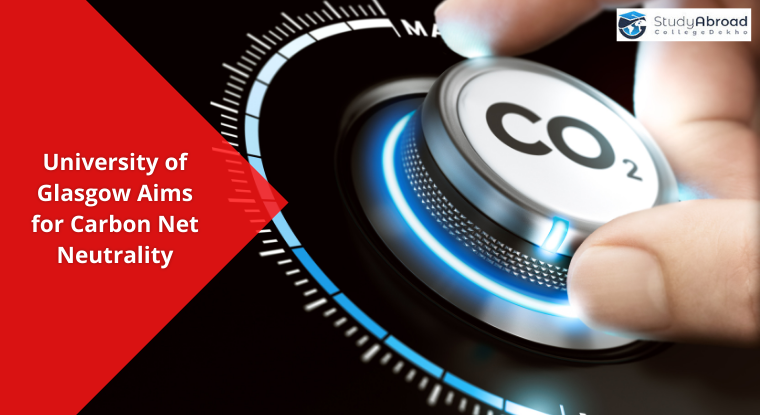 In a bid to achieve carbon net neutrality by 2030, the University of Glasgow in Scotland will be offsetting international travel for students travelling from outside Europe. The University will be paying to offset one return journey per student, every year.

Earning the University of the Year by THE, the University has chosen to offset as one of the ways to minimise its carbon footprint by 2035, as much as possible.

David Duncan, the Chief Operating Officer and university secretary and the co-chair of Sustainability Working Group of the university stated that each university has a role to play in combating climate change.

While Glasgow has committed to providing the funds for offsetting the travel trips of students from outside Europe, the institution has also encouraged its staff and students to try and air travel as much as possible, stated a spokesperson.

Glasgow stated that by 2020/21 the aim of further reducing the carbon footprint to reach 55,500 tCO2 e. Glasgow also added that COVID-19 helped reducing travel and commuting since March 2020.

A statement from the institution added that a reduction in emissions to 37,000 tCO2 e per annum by 2030, the cost of offsetting would come around £740,000 per year after 2020. It further stated that the costs could reduce to approximately £640,000, per annum from 2035. These financial costs of achieving net carbon neutrality by 2030 will be built into the capital and financial plans.