The University of Queensland in Australia has registered a record number of international student enrolments in 2021 as universities offer fee discounts to those enrolled online. The universities of Adelaide and Newcastle are also offering up to 20% discounts to retain foriegn students stuck in their home countries. 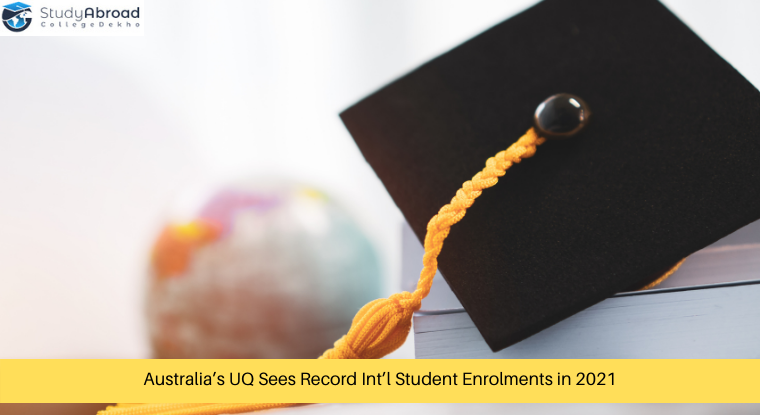 Australia’s University of Queensland (UQ) has witnessed a record number of international enrolments in 2021 despite surge in Covid cases and border closure, as universities continue to offer tuition fee discounts to international students studying online.

Apart from Queensland, the universities of Adelaide and Newcastle are also offering up to 20% discounts to retain foriegn students stuck in their home countries, enrolled online.

UQ has, however, warned that the increase is due to pent-up demand from students who were not able to enrol in 2020. It is also of the view that the numbers may decline in the future if borders remain shut.

The University of Newcastle told Guardian Australia that its scheme of offering a discount of 20% resulted in a higher than expected number of students enrolling and accepting offers. In addition, international students from China enrolling at UQ increased to 50% from 2020, even as the Chinese government had been telling students to avoid studying in Australia.

Professor Deborah Terry, Chancellor of UQ, said that the current numbers may be a trend they were witnessing prior to the pandemic. Last year, some students deferred their admission but now they have started to realise that they cannot bide their time. They are studying online with the hope that borders will reopen and they can experience on-campus learning.

However, if the borders continue to remain closed, their viewpoint might change which might lead to decline in the number of students in the next semesters, she added.

Universities like RMIT University have seen a 25% decline in international student enrolments, as compared to the same time in 2020.

The chief executive of the Group of Eight, Vicki Thomson, said in February this year that the government of China has asked students to stay away from Australia.

However, a spokesperson of the University of Sydney said at the time that they had not received any reports of students being told not to enrol with them.

While the universities of Newcastle and Adelaide are offering 20% fee discounts, Charles Sturt University is offering a 30% scholarship to foriegn students who study in Australia and have been impacted by Covid-19 border closures.

Universities in Australia have also recorded an increase in domestic postgraduate enrolments.