The University of Texas at Austin has released a report highlighting record highs of enrolment numbers at the undergraduate level and other categories. Over 9,000 students have been reported to have enrolled in the undergraduate programmes, compared to the previous high of 8,960, which was recorded in 2018. 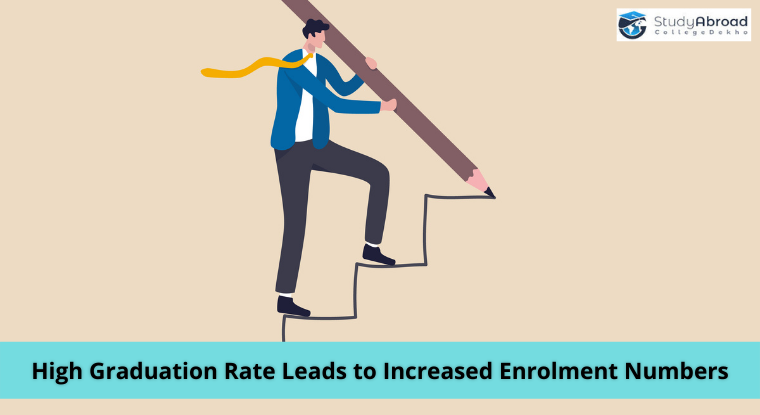 In a report published by the university, it boasted over 9,000 first-time freshmen undergraduates, as compared to its previous highest in 2018, when it recorded 8,960 first-time freshmen. The reports highlighted that the total university enrollment rose 3% from 50,476 to 51,992 over last year’s total enrollment, almost breaking its all-time high of 52,261 in 2002.

The President of UT Austin, Jay Hartzell, stated that the rise in graduation rates has directly helped increase access to the university and its seats, which is important even more, as more and more outstanding students are seeking admission in a rigorous, in-person education experience with residential college that UT is renowned for.

The University of Texas at Austin has also reported a consistent growth and improvement since 2011, the year it set a goal of keeping a 70% goal of four-year graduation rate, from its then recorded 52%. Since 2012-13, the university introduced campus-wide student success programmes while analysing student data in a bid to offer proactive support to the students, helping them define and stick with a path that leads to graduation.

Among some of the University of Texas at Austin support programmes for students that had been introduced almost a decade ago included academic support, peer mentorship programmes and scholarships in a bid to help incoming students succeed across different programmes.

Some of the highlights of the enrollment figures, using 2020 and 2021 numbers, mentioned in the university’s report include:

The University of Texas at Austin outlined that the numbers outlined above are preliminary as the data displayed were recorded on the 12th day after the commencement of classes. Certain figures are expected to change in the coming days such as the graduate rate.