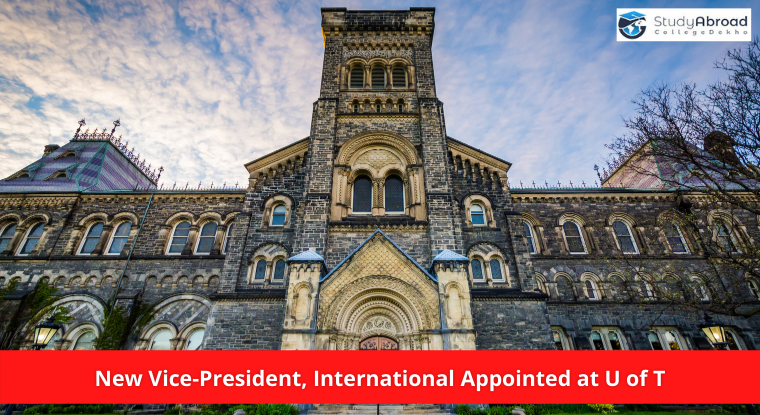 The University of Toronto has announced the appointment of a new Vice-President, International, Joseph Wong. A leading political scientist and scholar of global affairs, Joseph Wong played a crucial role in promoting the university’s internationalisation goal.

Taking effect as of 7th April 2021, Joseph Wong’s appointment will be carried through to 30th June 2026, after receiving approval from the Governing Council on Tuesday. Further, the appointment will follow a comprehensive international search as well.

Earlier last summer, Joseph Wong, a professor of political science and the Roz and Ralph Halbert Professor of Innovation at the Munk School of Global Affairs and Public Policy, was appointed as the interim Vice-President, International of the University of Toronto.

Wong took on the responsibility of working closely with the Vice-provost and students in a bit to revamp the international student support for those unable to travel to the country during the pandemic, while also assisting those who needed help with the public-health guidelines in Canada, upon arrival. This included assisting incoming international students to quarantine at local hotels, where the support staff would help them self-isolate for the next two weeks.

In his statement, Wong revealed that immense cooperation was undertaken between the offices and over 2,700 students successful went through the university’s quarantine programme, where no cases of transmission had been reported, thus setting a gold standard.

Joseph Wong had been responsible for many senior academic leadership roles before he was introduced to the international office of the University of Toronto. Earlier, he had been the director of the Asian Institute at the university’s Munk School of Global Affairs and Public Policy for nearly a decade. He also took on the responsibility of Vice-President and vice-Provost of International Student Experience, where he was able to boost the international learning opportunities for the students at the U of T.

Wong’s successful leadership almost led the university to witness 26% of the total number of undergraduate students who had travelled abroad for studies or research pre-COVID. This was a 14% jump from 2016. Wong promises his commitment towards bolstering future international opportunities once the travel restrictions are lifted and the pandemic is under control.

Previously, Joseph Wong has advised the Governments of the Americas, Africa, Asia and Europe on different public policy issues. He is also the author of a few dozen articles in popular journals and books. Wong had completed his bachelor’s degree from McGill University and his Masters and Doctorate from the University of Wisconsin - Madison.

Study Bachelors in UAE After 12th

Study Bachelors in USA After 12th

Study Bachelors in Canada After 12th

Study Bachelors in the UK after 12th

Top Courses After 12th to Study in UK

Four TSWREIS Students Ready to Fly to USA for Bachelors

After the onset of the pandemic and the...... read more