The US Chambers of Commerce have laid down certain demands to help America reclaim its position as a top country. Suggestions ranging from doubling the cap on H-1B Visa and other legal immigration systems, the Chambers urges the government to consider recruiting the best from around the world for high-demand jobs. 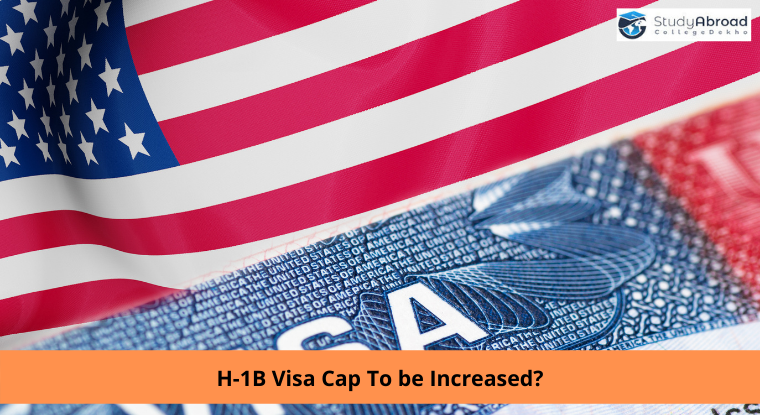 In a bid to materialise the “great American Resurgence”, the US Chambers of Commerce has introduced a massive campaign to deal with the shortage of professional and skilled workers in the country.

In its series of demands, the Chambers is appealing to the Biden administration to double the number of H-1B visa offered while also eliminating the per-country quota for accessing the Green Card.

The highly-demanded H-1B visa, a non-immigrant visa, permits US businesses and organisations to employ skilled overseas workers in specialist positions requiring technical and/or theoretical expertise. Commonly, skilled and professional workers from countries like India and China are employed in Tech-companies.

The US Chambers of Commerce had launched an American Works campaign earlier this month, which sought to increase the H-1B quota which currently caps out at 65,000 and another 20,000 for those with a US higher education qualification.

Suzanne Clark, the President and CEO of US Chambers of Commerce, stated that the shortage of skilled workers in the country is holding back job creators who can contribute significantly to the “great American resurgence”.

The Chamber is asking the government to double the higher limit on the issuance of employment-based visas, through the America Works Agenda. In other words, doubling the quota of H-1B and H-2B visas along with reforming the legal immigration system to help employers “meet the demand for high-demand jobs in labour-strapped sectors”. As per sources, the Agenda also calls for growing federal investments in employer-led job education and training programmes as well as including workers with children for childcare access.

In her statement, Clark emphasises instilling the skills the workers require, removing the barriers that keep Americans on the sidelines and recruiting the best from around the world for the high-demand jobs in the country.

The Chambers also calls for ceasing the practice of counting minor children and spouses for the Annual Green Card quota. It claimed that this alone would practically double the number of employment-based workers admitted to the country every year.

In its agenda, the US Chambers explained how eliminating the Per-country caps along with increase the annual quota will help in avoiding numerous backlogs within the system. It commented that the per-country caps punish workers from specific countries with unnecessarily long waiting times.

The Chambers continues to urge the Biden administration to include international students graduating from US universities to receive employment-based green cards on graduation. It also urges the expansion and improvement in opportunities available to entrepreneurs to receive permanent residency to continue building their business in the US.

Among its demands, the US Chambers also mentions the benefits of reinstating routine visa processing at different consulates around the globe to companies, who can employ and retain the workforce without excessive disruptions to the operations of their businesses.

Chambers highlighted the suggestion of creating a new geographically targeted visa programme, on similar lines of the Heartland Visa proposal, thus driving economic and population growth within US communities that have suffered due to the lack, thereof.

Along with increasing the higher limits on the employment-based visa issued to international skilled workers, the Chambers is also seeking to expand the access of H-2A agricultural worker visas for non-seasonal agricultural sectors such as dairies and livestock producers in a bid to ensure the programme satisfies the American agriculture needs in the future.