The US President, on April 28, announced that students from China, South Africa or Iran, who are hoping to commence studies in the Fall may now qualify for a National Interest Exception and be allowed to travel to the US. 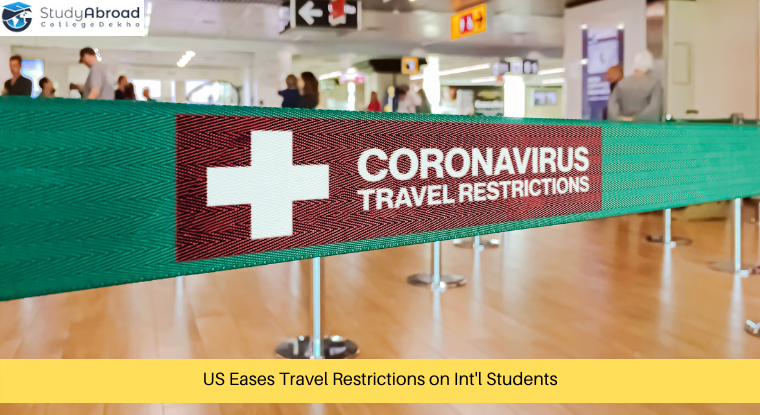 The Biden Administration, on April 28, announced it was ready to lift travel restrictions on Chinese and other students travelling to the US this fall, potentially helping US universities revive their international enrollments amid the pandemic.

The U.S. State Department said in a statement that it would cover students and academics from across the world from August 1. Students from countries such as Brazil, South Africa, China or Iran, who are hoping to commence studies in the Fall may now qualify for a National Interest Exception.

The National State Clearinghouse pointed out that the overall enrollments in US tertiary education dropped by 2.5% in Fall 2020, almost twice the decline in Fall 2019.

In January last year, former US President Donald Trump restricted almost all non-US residents in China from entering the US.

These travel restrictions led to a decline in Chinese F-1 visas and 88% fewer student visas to Indian applicants.

Also Read: Will US Colleges See a Recovery in Applications from International Students in 2021?

A Beijing native planning to get enrolled at the University of California, Berkeley said that he was glad that the current administration is taking steps to restore normalcy post Trump policies and Covid disruption.

The American Council on Education (ACE) has urged the government to fast-track its actions as it would act as a positive message to both current and prospective overseas students and further put the country back on track in terms of supporting international education and recovering the US economy.

ACE highlighted that the drop in the number of international students caused a decline in the economic benefit by around $2 billion during the 2019-20 academic year. Chinese students, in the same school year, contributed to an estimated benefit of $16 billion to the US.