Over 150 US Institutions Support OPT Opportunities for International Graduates

Over 150 US colleges and universities have joined and signed onto an amicus brief on supporting the Optional Practical Training (OPT) program along with the international students who benefit from it. WashTech had filed suit against the DHS in 2016, holding that the department does not have the authority to grant work authorization to international students holding an F-1 visa. 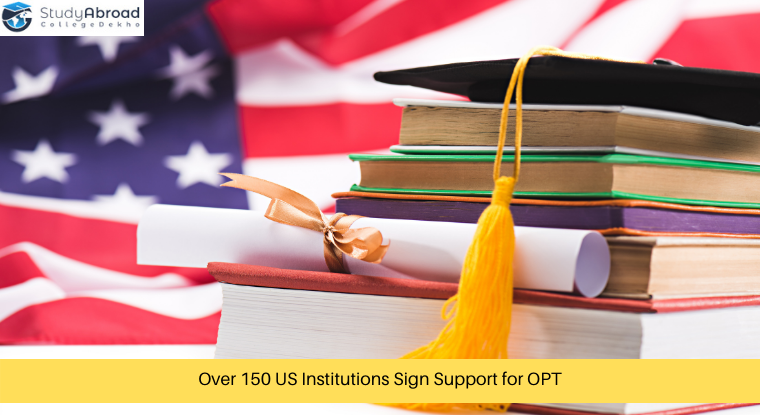 Over 150 colleges and universities in the US have joined and signed onto an amicus brief on supporting the Optional Practical Training (OPT) program along with the international students who benefit from it.

The amicus brief has been filed in the ongoing case of Washington Alliance of Technology Workers v. Department of Homeland Security et al. WashTech had filed suit against the DHS with the U.S. District Court for the District of Columbia in 2016, holding that the department does not have the authority to grant work authorization to international students holding an F-1 visa.

However, earlier this year, the district court ruled in favour of the DHS and said that it had the authority to initiate the OPT program as well as the program of STEM OPT.

The universities, organised by the Presidents’ Alliance on Higher Education and Immigration and NAFSA contend that giving the opportunity to gain practical experience in their field while they are in the US is vital.

WashTech has said that it would appeal the decision.

The amicus brief includes the benefits of OPT for international students and the substantial costs that the stakeholders will cover in case WashTech prevails in the case.

The Presidents’ Alliance and NAFSA further mentioned that the government of the US has allowed international students to pursue practical training since the 1950s and that they have contributed around $39 billion to the economy of the country in the 2019-20 academic year.

Any reduction of the program would harm the economy, the brief said. However, this is what will happen if WashTech’s request prevails. International students would not get a path to apply their skills in the US after graduation and they would be driven to other countries - thus, capturing the return on US’ investment.

In the past few years, the OPT program has faced both legal and political pressure while, according to Open Doors, it has driven an 1.5% increase in the number of international students in 2018.

Supporters of the OPT program argue that it has been one of the crucial factors in attracting international students who are highly motivated and creative.

The President of Illinois Institute of Technology said that international students should be given the opportunity to apply their knowledge and skills to the real world and get hands-on experience in their field.

President of Pace University Marvin Krislov commented on how the OPT program was extremely important in the higher education community.

Given that the US is a leading study destination for international students and scholars, it should continue to benefit from the OPT program and these individuals along with their investments in the communities, she added.

Stay tuned for the latest news on foreign education!