The research universities in the USA might get Carnegie Classifications of Higher Education, which were first established in 1970 and are the most prominent frameworks for recognising academic excellence. 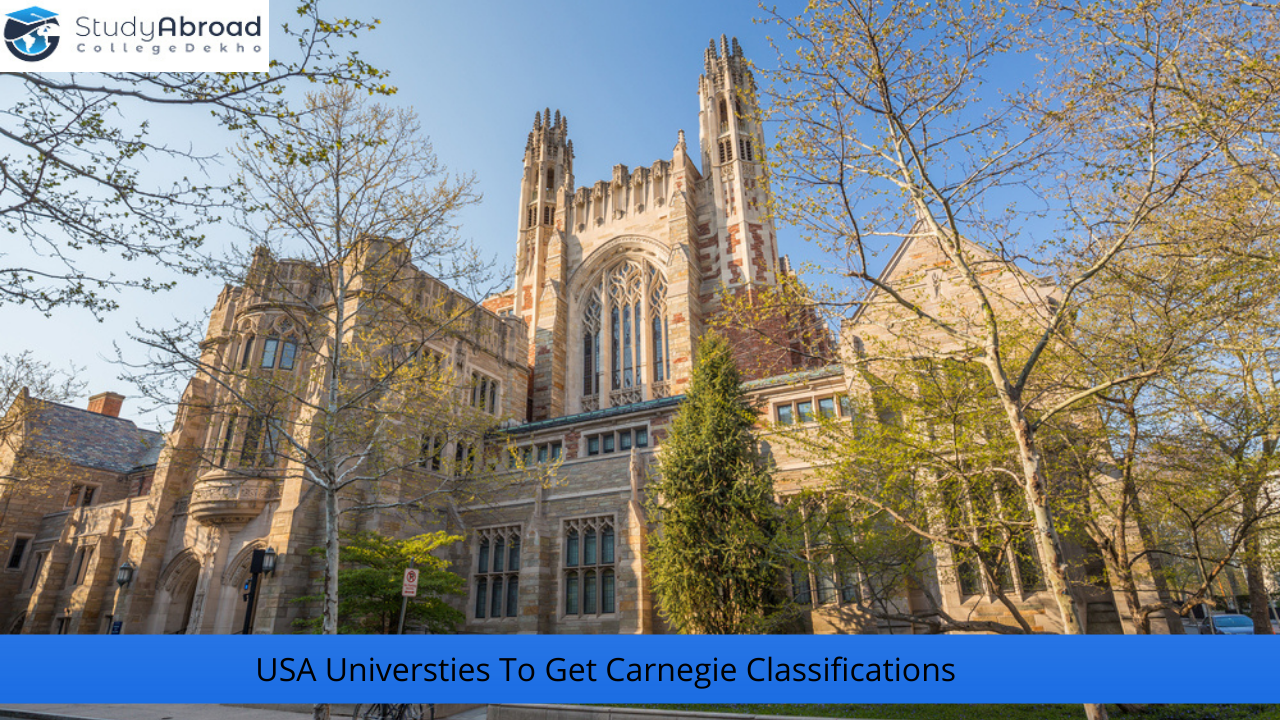 Universities across the US have said that being recognised in a respected research framework like the Carnegie Classifications of Higher Education will help to attract 'strong' students and ensure wider participation.

One of the most sought-after classifications is the Doctoral University, which is regarded as a very high-quality research activity. The R1 designation, which has been around for over five decades, is usually applied to universities that have excellent research capabilities. Currently, there are 146 R1 schools. This classification serves as the basis for various rankings systems, such as the U.S. News & World Report.

The Carnegie Institution for Community Engagement was established to recognise institutions that contribute to the local communities they serve. Steve Syren, a PhD student at the University of Tennessee, said that being recognised as a part of the Carnegie Classifications is an honour for him. The university first was given this recognition in 2015. According to him, being acknowledged for the work that its students do is a testimony to the quality of the research that they produce.

He also praised the school's community partnerships. He said these are very important to the academic success of the students. In May, the American Council on Education and Indiana University will join forces to establish a new criterion that recognizes institutions that excel in addressing social and economic mobility. Miguel Cardona, the US secretary of Education, said that the new criterion should encourage schools to improve their inclusivity and academic excellence.

Frederick Engram Jr., an associate professor at the University of Texas at Arlington, said that the changes in higher education should begin immediately. Engram said that many of the problems that affect higher education are caused by the lack of inclusivity. He noted that this issue is affecting the staff and faculty of colour.

Although he was pleased that more students will be considered for admission based on merit, Engram noted that the way these policies are implemented can still negatively affect minorities.

We Can Help You Get in Touch With Best Research Universities Across the World!