One of the top destinations for study, the United States of America has displayed a 39% overall decline in the number of first-time international graduate enrolment numbers, compared to previous years, with the lowest applications from seen India and China. 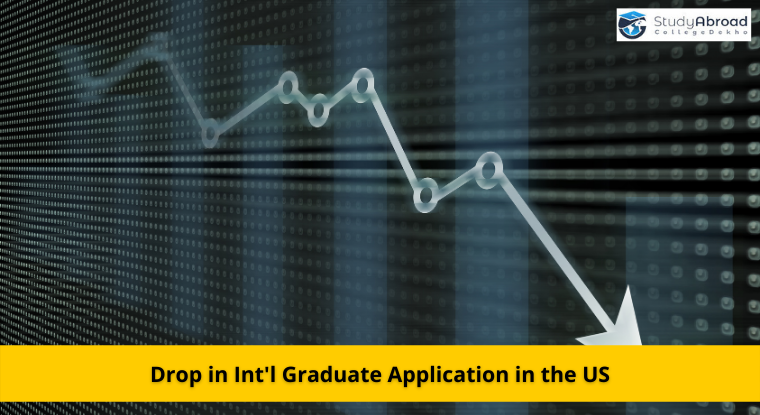 As one of the top study abroad destinations in the world, the US has, for the first time, recorded a sharp decline in the number of international graduate student enrolment, as per data gathered from The Council of Graduate Schools.

The data reveals that the international graduate application rates had increased for the Fall 2020 session across different US universities. An overall growth of 3% had been detected between 2019 and 2020 Fall Session. However, between Fall 2020 and Fall 2021, a sharp decline of 39%.

CGS President Suzanne Ortega stated that the effects of COVID-19, especially the international travel restrictions and health concerns along with the lack of consistency and timely direction regarding the international graduate student visa policy by the Trump Administration, such sharp declines were expected.

Considering the location wise decline in the number of first-time graduate enrolment, a 47% decline was witnessed in Asia, meanwhile, from Eastern and North African countries, a decline of 36% had been witnessed.

China and India, who previously have been the largest market shareholders in the first-time international graduate applications as well as overall enrolments, were among the countries with the sharpest decline in applications. China and India recorded a first-time graduate enrolment of 37% and 66% decline, respectively.

It was revealed that over 80% of the participants highlighted an increase in the number of deferrals from new admitted international graduate students. Moreover, the institutions also revealed that an overall 5% increase in deferments have been witnessed over the past few years.

Similar to the overall international graduate first-time enrolment, the deferrals have been witnessed to be consistent across different degree levels, i.e. master’s and doctoral programmes, with 12% and 10% deferrals across the programmes, respectively.

Ortega commented that while the declines are concerning, one of the bigger questions that must be answered is how the deferrals will affect the admission offers as well as the first-time enrolment for the Fall 2021 session, especially with continuing travel restrictions.