The Victorian Government has announced that it will set up students hubs across Asia and Latin America, in a bid to attract more international students to study in Australia, as part of the recovery plans of the international education sector of the state. 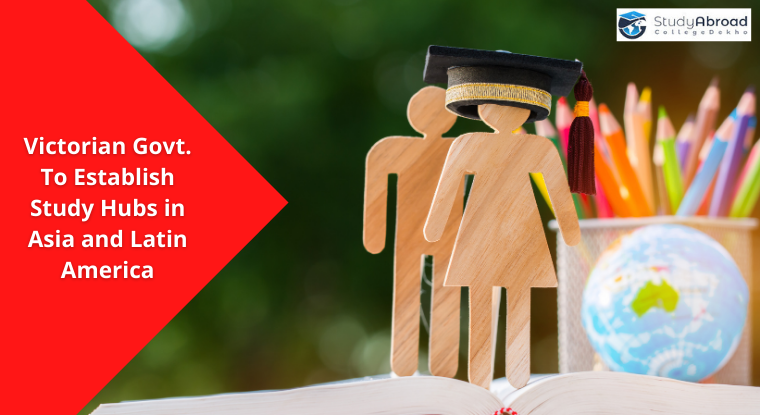 In a bid to revive the international education sector in Australia, the Victorian Government has announced that various student hubs will be set up across Asia and Latin America along with scholarship programmes and research partnerships.

In Asia, sources claim that a 'Study Melbourne Hub' will be established in India to attract more students, while also providing a platform to current students to connect with the Victorian Education Providers as they continue to study online.

As per a statement to the media, a state spokesperson highlighted that the hub will behave a physical location for students studying online to access support and information regarding the professional and lifestyle benefits of studying under a Victorian Higher Education Institution. The Spokesperson stated that the “Indian hub will become a shared study space that also hosts information sessions for aspiring students along with networking events like the English Conversation Clubs.

Martin Pakul, in a statement, confirmed that the government will undertake various short-term recovery plans in a bid to resuscitate the 13.7 billion worth International Education Sector of the state. Currently, this sector supports nearly 79,000 Victorian jobs, the Minister added.

In 2019, 250,000 international students were witnessed to have travelled to the state for higher education. However, the pandemic and the Australian Government’s decision to close off the borders for non-residents and non-citizens resulted in a sharp decrease to 120,000 students this year.

Among the recovery plans of the Victorian Government include international research partnerships, a “Pathway to Victoria” scholarship programme as well as increasing the online presence by Study Melbourne Student Centre.

Also Read: Next Charter Flight to Australia May Also Include Indian Students

In the statement, The Victorian Government states that these recovery plans are aimed towards attracting more international students to Victoria and provide those in Victoria to receive access to support and resources that they may need to “thrive”.

The statement further highlighted that the Victorian Global Education Network will expand to new high-growth markets like Vietnam, Africa and Brazil along with establishing new Study Melbourne Hubs. This will facilitate in establishing a pathway that students can use to study in Victoria, while also allowing the Government to secure a larger share of the international student market, who are studying online.

By connecting the various education providers, edtech companies, educators, investors and researchers in a bid to grow the education services sector in Victoria, the hubs will be able to display Victoria’s influence at a global level in education innovation and digital training.

Also Read: Is Australia on Verge of Losing Thousands of Int'l Students to Canada?

Earlier this year, the first cohort of international students were able to reach Australia on 30th November 2020. This was made possible through the pilot programme held by Charles Darwin University and the Northern Territory. This has further led to pressuring other states to provide an answer to safely bringing back the international students in 2021.

Among the first states to show any indications of bringing the international students back to Australia is Victoria, with possible plans to bring them back as early as January 2021. However, this will depend on the approval of a new proposal from the education sector. Currently, a proposal to fly 23,000 international students to Victoria is being considered by the Victorian government early next year, that allows them to quarantine in student accommodation.