A new Trump-era regulation calling to award H-1 B visas based on a wage-based system instead of lottery-based system may make it harder for international students to work in the US after graduation. The Biden administration, in February, said it was delaying the rule’s effective date to December 31, 2021 to let USCIS get enough time to be prepared to implement this change. 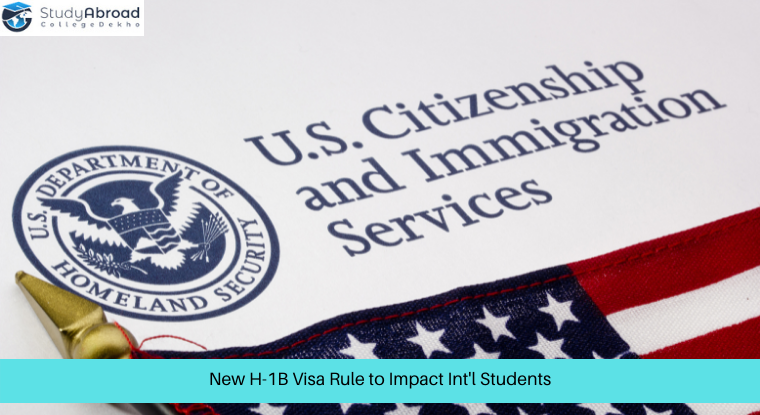 Conducted by the National Foundation for American Policy, the analysis found that the Trump-era regulation to award H-1B visas not through the lottery-based system but from highest to lowest salary levels would be an obstacle for international graduates.

Executive director, NFAP, Stuart Anderson, said that the regulation will act as a “disincentive” to study in the US especially at a time when enrollments have already been impacted by the pandemic.

He added that although Biden has delayed implementation of the rule, he has indicated support for a regulatory change that would award visas on the basis of salary level. Picking H-1B petitions by salary level will favour graduates who have the most experience in the market, something that the current system does not offer.

The analysis is based on recent international students and H-1B petitions obtained from a US immigration law firm.

The Biden administration, in February, said it was delaying the rule’s effective date to December 31, 2021 to let USCIS get enough time to be prepared to implement this change.

Over 70% of the total H-1B visas issued in a year are for Indian nationals, many of whom are students and graduates working on an OPT before applying for an H-1B visa.

Also Read: Will US Colleges See a Recovery in Applications from International Students in 2021?

The report also pointed out that physicists, medical scientists and microbiologists among others would also find it more difficult to obtain H-1B visa petitions, as their salaries belong closer to the lowest salary level. Schools will also be unable to recruit teachers on H-1B petitions as 90% of them are paid at Level 1 or Level 2.

In the 2019-20 academic year, a drop of 4% in the total number of Indian enrolled students at US institutions was recorded, according to the Open Doors Report on International Student Exchange 2020.

Want to Apply to Top US Universities?