The 2022 Best National Colleges Rankings released by the US News and World Report has ranked Wake Forest University as the 28th Best National University in the US. The list released recently considers several parameters including outcomes, student excellence, faculty resources and more when ranking the universities. 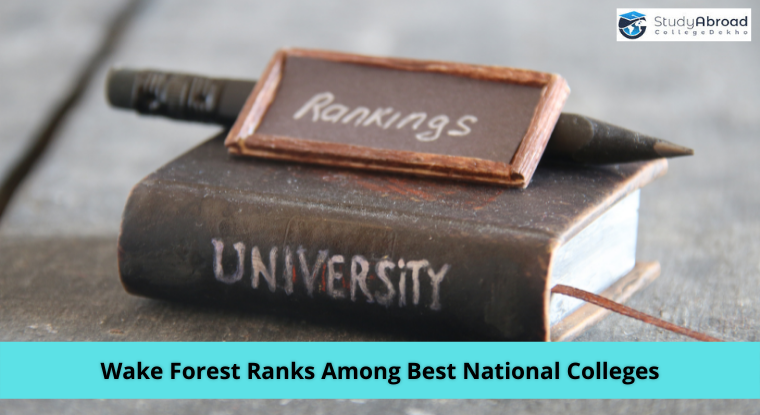 Wake Forest University is one among the 1,466 universities and colleges that have been 2022 Best Colleges Ranking listed in the US News and World Report who grant baccalaureate degrees in the US.

Princeton University has consecutively ranked at the top followed by Columbia University, Harvard University and Massachusetts Institute of Technology are just a few of the top universities and colleges in the US, as per the US News and World Report university rankings 2022.

Included among the top, Wake Forest University ranked in the top 25 national universities under the Best Values rankings. The list considered multiple parameters such as the academic quality and the cost of attendance for students who receive need-based financial aids. Additionally, Wake Forest also ranked 29th in the Best Undergraduate Teaching category of the list.

As per Forbes, there are several parameters or weights considered for the ranking of the National Universities, which include Outcomes, Faculty Resources, Expert Opinion, Financial Resources, Student Excellence and Alumni Giving.

As per a notification from Wake Forest University, the highlight of the ranking for the university was its unique 11:1 student to teacher ratio, which characterises the Wake Forest academic experience. The university boasts of having 20 students per undergraduate class, while only 1% of the classes at Wake Forest include more than 50 students, which is one of the lowest in any of the top 30 schools in the country.

Additionally, the undergraduate programme offered by the Wake Forest School of Business was ranked 41st in the country. Moreover, the accounting programme and study abroad programmes were ranked 36th and 33rd respectively.