Student Living Cost in the UK

The expenditure completely depends on your lifestyle and needs. The above-mentioned chart is just an estimate.

See How Much You Will Spend Studying in the UK Here!

Tuition Fees in the UK for an International Student

In the UK, the response regulator in setting the range of tuition fees is the government. However, the fees set for international students is quite higher than fees for students who are residents of the UK. It will also further depend on your nationality, the course and the academic level of your course that will account into your tuition fees in the UK.

Fees, in the UK, cover the entire cost of tuition along with excess fees including information technology, tutoring and library services that may be available.

An undergraduate degree would cost an international student up to between £10,000 and £38,000 per annum and an undergraduate medical degree may cost up to £53,700 per year.

Institutions in Wales may charge no less than £9,000 per year and students applying to Northern Irish universities may be required to pay up to £9,250. The fees in Scotland might go a little higher for a foreign student.

With all that being said, the UK government makes a number of financial resources available to international students coming to pursue higher education in the UK. These various types of financial aid include scholarships, student loans and other grants. Of the top, the most popular scholarships for Indian students in the UK include Chevening Scholarship- India, Inlaks Scholarship, The Felix Scholarship, Commonwealth Scholarships, and more.

Student Housing/ Accommodation Options in the UK for International Students

The UK offers a diverse range of accommodation facilities for international students, which include the following:

Here the student takes a room on rent from a third-party landlord, with whom most UK universities help connect. This is a choice preferred mostly by second-year students, who are more likely to look for more independence by the second year of education in the UK.

It is here where students can stay with a local British family, most preferably near the campus. Most hosts provide all essential facilities including kitchen & bathroom, meals and great hospitality.

Private House-Flat in the UK

International students can also get an entire private house on rent, especially in major cities like London. However, one may find it difficult to find a house that is close to the campus. That said, students usually prefer this option during their second or third year, when they wish to enjoy more flexibility that they might not have while living in halls.

Halls of Residence in the UK

These are halls owned by universities that provide students with accommodation along with a range of benefits including a supportive sphere of like-minded students; proximity to malls, lecture halls, markets, gyms; food; etc. Not to mention the university support and affordable rent. Among international students, this option is the highest in demand as they reduce an international student’s concern about accommodation and also helps ease their financial burden. On average, living on-campus in the UK will cost between £400-£600 per month.

Here is an overview of how much accommodation will cost an international student in the UK in case they choose to live in the following cities:

At the end of a three-year undergraduate degree in the UK, an overseas student can expect to have spent around £16,800 on accommodation.

Find Out Which Universities Are Offering You Scholarships

Transport Costs in the UK for an International Student

With the British transport network being one of the most advanced in the world, international students can find a number of travel options in the UK. An overseas student in the UK can expect to spend the second-largest amount on travel costs which would depend primarily on the city and the mode of transport.

For students, public transport is usually considered the most convenient option, which also offers discounts for students, thus, reducing the overall cost of living in the UK. Outside London and other major university cities, an average single bus journey is about £1.50 and £45 a month for a student travel card. Students at central London universities should expect to spend £23 a week on travel (covering London Underground, buses, trams and trains) or £140 a month.

Students also benefit from one-third off travel on regional trains with a 16-25 Railcard. For example, a single adult ticket booked on the day of travel from London to Brighton (a popular day trip destination) is £17.50, or £11.50 with a student railcard. On average, a litre of petrol costs £1.16, while a litre of diesel is £1.18.

Given below is the average transport costs that an international student would have to bear in the UK per month:

Other essential costs including books and university material, broadband internet costs, socialising and utility contracts, utility bills, among other things would cost an international student around  £4,800 on an average per year, adding up to £14,400 for the three-year period.

Lifestyle costs would majorly depend on the way you choose to spend your days in the country and the city you live in. Prices in cities in the South will be comparatively higher than cities in the North.

Membership in a gym would cost around £45 a month although gyms may offer discounts to students.

Here are the Best Cities in the UK for Your Higher Studies!

What is the health insurance cost for international students in the UK?

As an international student, you will have to pay around GBP 470 per year for health insurance which is usually referred to as the Immigration Health Surcharge (IHS), which will be paid along with your application for the appropriate visa.

How much does it cost to have fun in the UK?

When studying the UK, you are bound to splurge a little towards entertainment. However, worry not, the cost of entertainment is relatively inexpensive, with 1 movie ticket costing GBP 12 on average. There are several other ways you can entertain yourself all at minimal costs, however, this will heavily depend on how much you are willing to spend.

What are the essential costs that I will have to pay when studying in the UK?

Among some of the essential costs associated with studying in the UK include, costs related to food, rent, electricity, water, gas, network connectivity (internet and mobile), travel expenses, etc. These costs can accumulate to around GBP 687 - 972 per month.

What is the cost of renting a 3 BHK in the UK?

Assuming that the other rooms will be rented out as well, as an individual you may be expected to pay rent for a 3 BHK apartment in the UK ranging between GBP 1,000 and GBP 3,000 per month (Changes depending on location and amenities offered).

What are the day-to-day costs of studying in the UK?

The day to day costs incurred by international students in the UK usually include the travel expenditure (if you live outside the university campus) and the cost of meals, totalling around GBP 10 - 20 per day (varies depending on lifestyle choices).

What is the cost of a 1 BHK apartment in London?

Depending on the location you want, the cost of renting a 1 BHK near the city centre can amount to around GBP 1,649 per month, while outside the City Centre, a 1BHK apartment may cost around GBP 1,272 per month.

How much does it cost to rent accommodation in the UK for international students?

Depending on the choice of accommodation they choose as your accommodation, international students may spend anywhere between GBP 15,000 - 20,000 (approximately) at the end of a three-year programme.

What are the accommodation options available for international students in the UK?

International students planning to live in the UK and complete their studies can choose from multiple accommodation options such as Flat Sharing, Home Stay with other families, renting a private apartment, or staying in the halls of residence provided by individual universities.

What is tuition costs for international students in the UK?

How much does it cost to live and study in the UK as an international student? 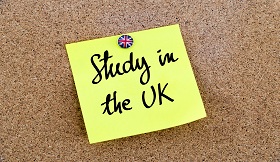 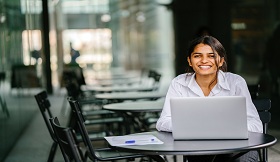 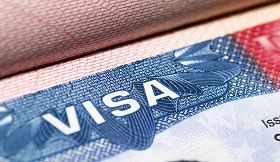 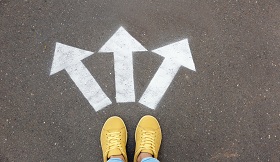