Discover the best Universities, Courses, Exams and Education updates all over the world

Canada Extends Ban on Direct Flights from India Till Sept 21

Transport Canada, in a statement, said that all direct commercial and private passenger flights will continue to remain suspended until September 21, at 23:59 EDT. Canada had banned direct flights to and from India in April amid the second COVID-19 wave. 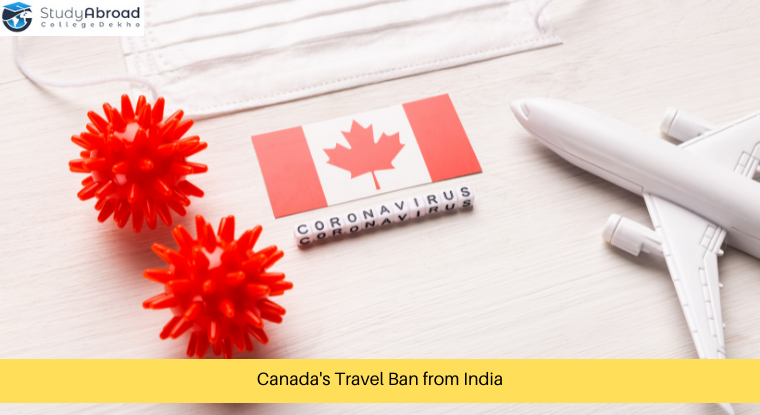 Canada has announced another month of ban on passenger flights to and from India till September 21, 2021.

Transport Canada, Canada’s department of transportation, in a statement, said that the extension was part of an ongoing public health measure and hence, all direct commercial and private passenger flights will continue to remain suspended until September 21, at 23:59 EDT.

However, cargo operations, medical transfers or military flights will continue to operate directly between the two countries.

The statement further said that Transport Canada has extended the requirement to third-country pre-departure COVID-19 molecular tests for arriving in Canada from India through an indirect route. This means that Indian students travelling to Canada via an indirect route will have to obtain a valid COVID-19 pre-departure test report from a third country other than India.

The transport department said that its government was closely monitoring the available data and scientific evidence including vaccination rates of Canadians along with the epidemiological situation in India. It will further be closely working with the Indian government to ensure and enable a safe return of direct flights.

Want to Know More About the Options for Indian Travellers?

Speak to Our Expert

Canada had banned direct flights to and from India in April amid the high proportion of Indian travellers testing positive for COVID-19. It had also imposed a ban on Pakistan flights, which was eased in June.

This comes amid partial relaxation of Covid restrictions in many countries that had closed their borders to Indian passengers. These include the US, the UK, which recently moved India from its “red” to “amber” list, and the UAE, which is letting in resident visa holders and transitioning Indian travllers.

Germany, Spain and France have also lifted their travel restrictions for India.