According to Tony Blinken, United States Secretary of State, Howard University has played a pivotal role in the development of ties between India and the US. 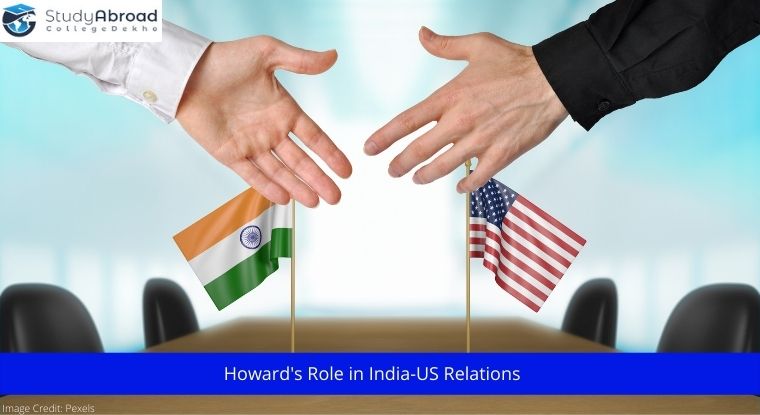 Blinken and External Affairs Minister S Jaishankar visited the Howard University campus on April 12, 2022, a day after the India-US 2+2 ministerial dialogue, to discuss ways to strengthen educational connections between the two countries.

Blinken said that he was delighted to speak with Lee Satterfield and Dr S. Jaishankar about their collaborative endeavour on education and skill development with Indian and American students and educators. Blinken tweeted on April 13, 2022, that these strong people-to-people links are at the heart of the two countries' strong bond.

In response, Jaishankar tweeted that the Working Group on Education and Skill Development will expand chances for India-US collaboration and he was delighted to take part in Blinken's talk.

The senior American diplomat stated that he was looking for lessons from the country's independence movement that might be applied to the US racial justice struggle. They chatted for approximately three hours about books and covered a wide variety of topics, including segregation, spirituality, and nonviolent resistance.

In response, Blinken stated that these ties, as well as many more throughout their shared history, demonstrate that people, whether in India or the US, share a particular affinity.

Every year, the cultural and educational linkages grow stronger, and the United States is tremendously lucky to have 200,000 Indian students studying at their universities, enhancing their campuses and benefiting their fellow citizens, he added.

Following the 2+2, the two nations announced the formation of a working group on education and skill training, which would bring together academic institutions from the US and India to explore new cooperative research projects.

Dr Anthony Wutoh, provost and chief academic officer of Howard University, remarked that it is fitting that the university is the venue to commemorate the educational and cultural exchanges that underpin the robust bilateral connection between India and the United States of America.

As per Wutoh, since the turn of the century, Indian and Indian American students and faculty have called Howard home, including the most famous Indian-American alumnus, Vice President Kamala Harris.

JSS Academy of Higher Education and Research and Howard University celebrated their ten-year relationship this year.

Get Expert Guidance on Applying to Top US Universities!

Source: The Times of India