New PR Pathway in Canada for International Students in the Works 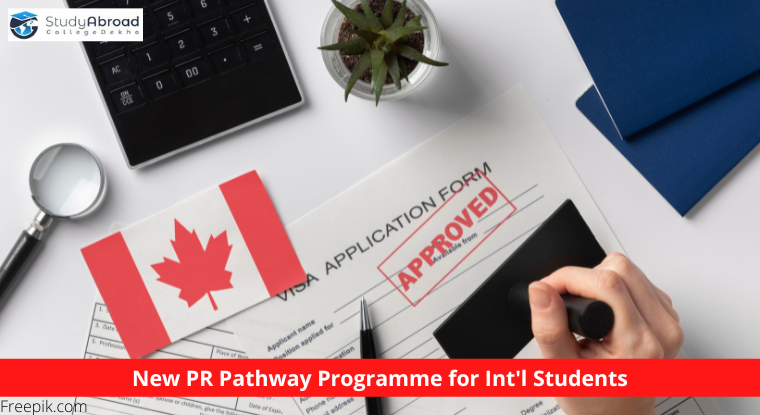 Congruent with its aim to reach the permanent residency goal, Canada has announced that a new fast-track immigration programme for international students and temporary foreign workers is in the works.

According to Immigration Minister Sean Fraser, the new programme will be similar to the Temporary Residence to Permanent Residence (TR2PR) programme but not identical.

Last year, through the TR2PR programme, Canada was able to welcome 90,000 essential workers and international student graduates, Fraser stated. He further added that the country is now looking at creating a permanent pathway for temporary residents to achieve permanent residency.

As per a motion passed in the Canadian House of Commons, Fraser has been given 120 days to create and announce a strategy that leads to expanding the pathways to permanent residency for international students as well as temporary foreign workers. Fraser announced that further details of the new programme will be announced by September 8, 2022, the deadline he was given.

Based on the report published by CIC News, Canada will be inviting candidates of the Canadian Experience Class and the Federal Skilled Worker Programme to apply for permanent residency this July.

Additionally, the Bill C-19, currently passing through the Senate to become a law, will soon give authority to the Immigration, Refugees and Citizenship Canada (IRCC) to invite Express Entry candidates in the pool depending on the economic goal including occupation, education credentials and the ability to communicate in French.

The authority will also put the responsibility of the public consultation process on the IRCC, to help them shortlist groups of Express Entry candidates to be invited to the draws. Moreover, an annual report must be presented to the Parliament discussing the economic goals sought during each draw.

Commenting on the best ways to become a temporary resident in Canada, CIC News stated that while candidates need not be in Canada to become eligible for an immigration programme, according to studies, immigrants with a Canadian experience are likely to receive better wages and employment opportunities in the initial years of migration. It further added that studying and working in Canada also open “doors to many more immigration programmes”.

By studying a full-time programme which is at least 8 months long, offered by a Designated Learning Institution in Canada, you can become eligible for a Post Graduation Work Permit (PGWP), subsequently attaining valuable Canadian work experience.

Get Your Canadian University Application Ready with Experts!