Illinois, Texas and Massachusetts Among Top 5 US States for Indian Students

The top five study destinations for Indian students in 2021 as per the Open Doors Report are now out. Ilinois, Texas, Massachusetts, California and New York are among the top picks. 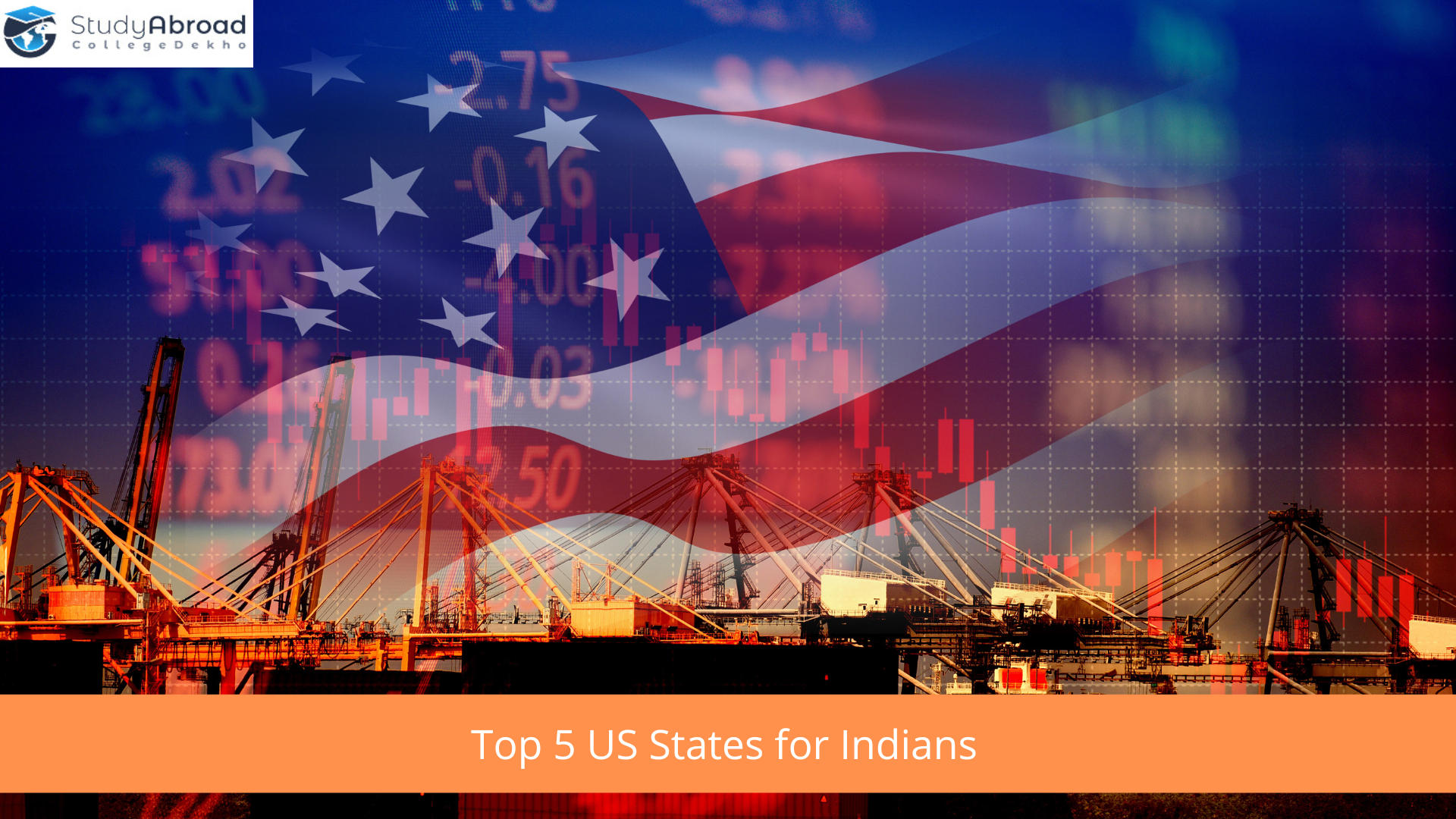 The top five destinations for Indian students studying in the US are Texas, Illinois, Massachusetts, California and New York as per the Open Doors 2021 Report.

The student flow analysis showed that 27 per cent of international students are Indians in Illinois, 22 per cent in Texas, in Massachusetts, it is 20 per cent and 13.7 per cent in California and 18 per cent in New York.

Remarkably, Arizona has a whopping 31.6% of Indian students among more than 21,000 foreign students.

Also Read: US Expects Record Student Visas for Indians in 2022

In California, Indians formed 13.7 per cent of the 132,758 international students. China, Taiwan, South Korea and Vietnam also contribute a majority of the student population in California.

Texas homed 67,428 international students in 2021 out of which 21.8 per cent were Indians. Chinese students comprise 18.9 per cent. Mexico, Vietnam and Nepal also contribute to a sizeable student population in Texas. University of Texas-Austin, UT-Arlington and the University of Houston are some of the popular choices among Indian students.

106,894 international students chose New York as their study destination in 2021 including 17.4 per cent from India. These included 18,600 Indian students besides South Korean, Taiwanese and Canadian students. New York University, Columbia University and Stevens Institute of Technology welcome lots of Indians every year to immerse in its diverse cultural experience.

Massachusetts, with its two globally renowned institutions, Massachusetts Institute of Technology and Harvard University attracted 66,273 international students in 2021. 19.9 per cent of them were Indians. Chinese students form the largest cohort with 36.4% students.

Illinois caters to the demand of 44,000 international students with at least 27.4 per cent among them being Indians. The famous institutions to which, these Indian students flock, are the Booth School of Business and The Kellogg School of Management to study MBA. Illinois Institute of Technology and the University of Illinois-Urbana-Champaign situated in this province are also preferred by students.

Wish to Study in the US?