DarshanaPublished On: March 29, 2016
In a move to promote bicycle tourism, a 4-member cyclists’ team from Gauhati University has headed towards Cherrapunjee in the state of Meghalay

In a move to promote bicycle tourism, a 4-member cyclists’ team from Gauhati University has headed towards Cherrapunjee in the state of Meghalaya in their bicycles recently.

Bicycle tourism has been growing in the North-East due to the region’s natural beauty and favourable climate. Bicycle tourism actively involves cycling trips for pleasure, treasure and autonomy rather than a sport. It can be of any distance and time. Many attempt long voyages in the short period of time while there are others, who embark for short trips. There are, in fact, many different types of bicycle touring. Some of these include Lightweight Touring, Ultralight Touring, Fully Loaded Touring, Expedition Touring, Mixed- Terrain Cycle-Touring (Bikepacking), Supported Touring, Day Touring etc. 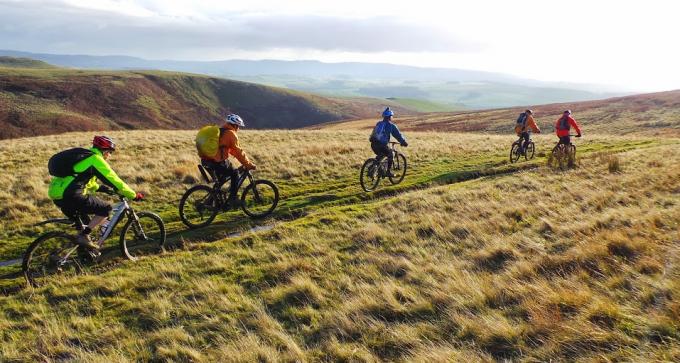 A cyclists’ group by the name, ‘Crossroad pedals’ formed by the students of Gauhati University to generate awareness and promote cycling tourism and its health benefits has taken on this tour spree. The members include Baranya Borah, Mahendra Deka, Raj Lekharu and Shekhar Bordoloi . The team had earlier toured places like Pobitora, Kaziranga and Dawki etc in their bicycles.