Students who participated in the flower arrangement competition have taken the concept of Amaravathi, new capital city to be depicted through a process of alignment. They placed statues of Gouthama Buddha to add feel to the theme. 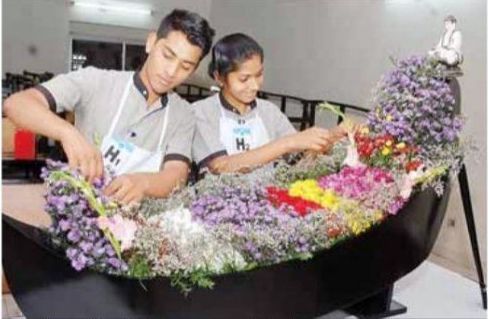 Students have put an excellent diaplay of food presentation where, they used properties to accentuate their dishes that sync with the cuisine. Delicacies like; 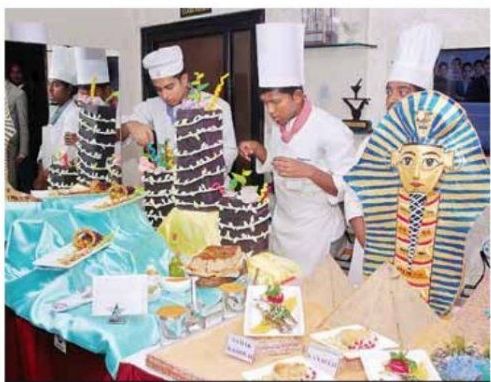 Chefs from leading star hotels adjudged the arrangements while staff and administration of participating colleges were present.