GITS conducted “EDUMEET 16” on the occasion of ‘National Science Day’

The program was attended by various professors of science from Rajasthan and Madhya Pradesh (M.P.), recalled the achievements and contributions of a scientist in science, also discussed to raise the awareness of science with students. More than 500 students in which GITS and students from Geetanjali group of institutes were come to attend the program. 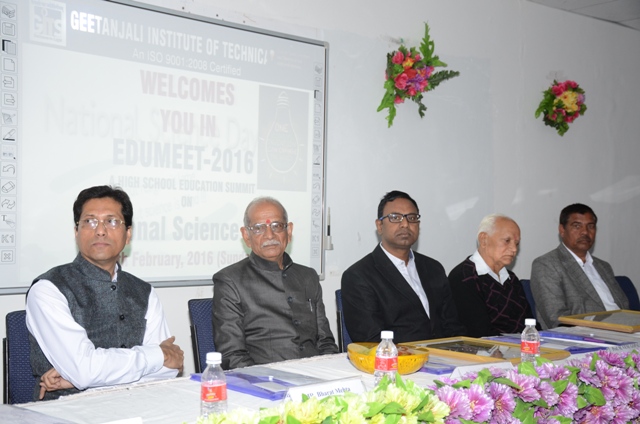 The main guest of honor Dr. B.L. Soni highlighted on the relationship between teacher and students, he said that teachers and student relationship should be like Guru Ramdas and Maharaj Shivaji, and also added that student is the capital of teachers. Being loyal with the students is the main responsibility of the teacher. The teacher is like Gardner who protects the small plants like students and purifies their future.