The interviews were conducted in four rounds where students took part in the following testes.

A total number of 400 students participated out of which 30 students got selected at a package of Rs.1,50,000/annum. The selected students were given offer letters by the company officials.

College management conducted a press meet to congratulate the students on this occasion. College principal Dr.M.Chandrashekar said, “The college has been conducting placement drive twice a week and inviting reputed companies. 400 students got selected in campus placements in the academic year 2015-2016”. He congratulated the students for their achievement. He assured 100% placements by the end of academic year.

Students thanked the college management for their continuous efforts in inviting multinational companies for placement drives and trying to assure 100% placements.

The press meet was attended by College Vice-principal, Dr.A.Subramanyam, HOD of electronics department, V.Narsireddy and faculty. 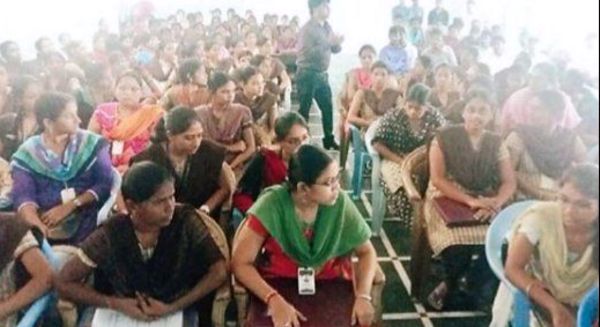 By: Sakunth Kumar
Updated On: November 25, 2020
View All Engineering News