Kshama SharmaPublished On: April 13, 2016 | Indian Institute of Management, Raipur
"A proud moment for IIM, RAIPUR for accomplishing a National level Win" The RBI Policy Challenge is a National Level Competition for

"A proud moment for IIM, RAIPUR for accomplishing a National level Win"

As the Central Bank of the country, the Reserve Bank of India (RBI) is committed to spreading awareness regarding financial matters and promotion of better understanding of monetary and economic issues. In this direction, a National-Level competition titled 'The RBI Policy Challenge' focused at Under Graduate and Post Graduate students pursuing any discipline in select Universities/ colleges/ Institutes of Excellence in the country.
The annual three-tier competition tested essay-writing, problem-solving and presentation skills of the participants as per the three levels of the competition held as:

Recently, RBI announced the results in a press release.
Indian Institute of Management, Raipur won the competition and the teams from College of Engineering and Technology, Bhubaneswar and School of Management Studies, Jawaharlal Nehru Technological University, Hyderabad were declared as runners-up of the challenge. 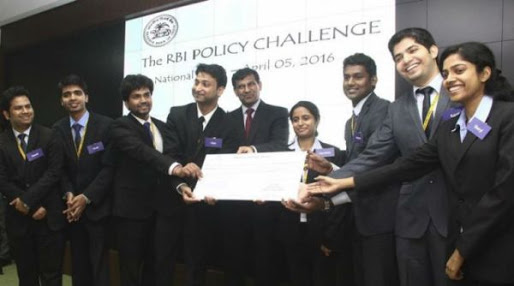 The teams came forth as winners from 260 participating teams after excruciating rounds at regional and zonal levels. IIM and IIFT were arbitrated as the winners on April-5 by a panel of the eminent jury led by the Honorable Governor of Reserve Bank of India, Dr. R. Raghuram Rajan,in an official press release of RBI.
Winning team endowed with the prize money of Rs. 1 lakh each and a trophy. Also, they will now get an Internship of 3 months at Mumbai Head office of RBI in the department of their choice ,as per the terms and conditions of the challenge. 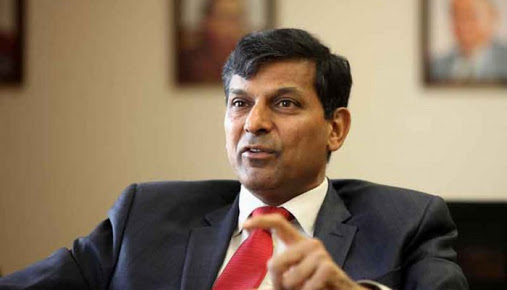 The students got a motivation by his speech and did a thorough study of all the points mentioned by the Governor in his dialect . The contents available on the official site of RBI also helped the students. They analysed the content very well during their preparations. When it came to giving a presentation one of the team members of IIM portrayed the role of Mr.Raghuram Rajan and others played the character of Deputy Governor, which impressed Mr. Rajan a lot.

How Much Time is Required to Prepare for CAT?

What after CAT Exam? Here are Some Important Things To Do

Common Mistakes to Avoid During CAT Preparation : Tips and Strategies

By: Abhinav Chamoli
Updated On: November 24, 2020
View All Management News