Reexamination  for SSC’s CPO Exam is going to be conducted on 5th June 2016.

Kshama SharmaPublished On: April 02, 2016
The Staff Selection Commission CPO (SI/ASI) examination was supposed to be conducted on March 20, 2016. But just before few hours of commencement of t

The Staff Selection Commission CPO (SI/ASI) examination was supposed to be conducted on March 20, 2016. But just before few hours of commencement of the exam Officials came to know about the Paper leak so in order to maintain the maintain the fairness the exam was cancelled. The date for re-examination has been scheduled for June 5, 2016. 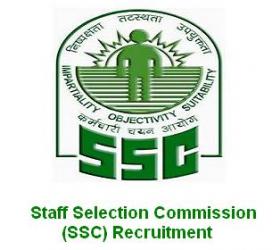 This examination is conducted for recruitment to the post of Sub-Inspector (SI) in Delhi Police and Assistant Sub Inspectors (ASI) , by the Staff Selection Commission (SSC).

SSC released a notification on their official website ssc.nic.in

The Staff Selection Commission, in order to maintain the integrity and fairness of the selection process, has suo-motu decided to cancel the examination for the Recruitment of Sub-Inspectors in Delhi Police, CAPFs & Asst. Sub-Inspectors in CISF Examination, 2016 held on 20th March 2016 because one paper of the afternoon session was found to have been compromised.

The re-examination is for only those candidates who had appeared in the examination in the forenoon and afternoon shifts on 20th March 2016 will now be held on 5th June 2016.

It made the candidates give a new start to their preparations. Now they will get more time to prepare various strategies to crack this exam. Around 2000 candidates participated from Raipur. The cancellation news was disappointing for them but now they again stuck themselves to their books and preparing for the exam.