Kshama SharmaPublished On: March 10, 2016 | CLAT
CLAT 2016 will be conducted by Rajiv Gandhi National University of Law (RGNUL) Patiala on May 8, 2016. The Common Law Admission Test (CLAT),the

CLAT 2016 will be conducted by Rajiv Gandhi National University of Law (RGNUL) Patiala on May 8, 2016.

It is conducted every year by a National Law University (NLU) among the 17 member NLUs of the CLAT Committee, by rotation in the order of their establishment.

The 17 participating NLUs in the order of their year of establishment are:

Common Law Admission Test (CLAT) is a non-statutory body created under a Memorandum of Understanding (MoU) for the convenience of the students seeking admission to various National Law Universities in the country. An entrance test is conducted to provide a list of candidates on the basis of ‘merit-cum-preference’ to each University for admission to their UG/PG programmes, as per the eligibility, reservation and other criteria laid down under the respective statutes of the participating Universities. 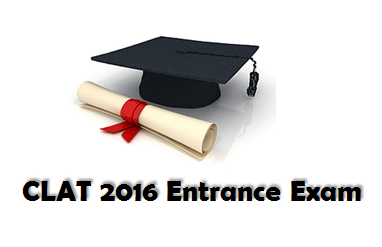 The admission procedure follows a centralized counselling process, where seats are allotted to the candidates based on their secured AIR and their preference of NLUs during the counselling choice-locking. The total number of seats are 2252.

Will CLAT 2021 be Postponed/ Delayed?

What is a Good LSAT India Score? - Overall & Section Wise

By: Samiksha Rautela
Updated On: November 15, 2020
View All Law News