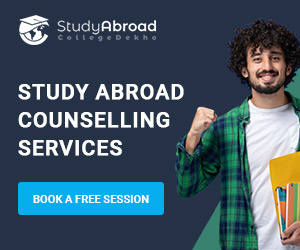 Founded in 1865 by Ezra Cornell and Andrew Dickson White, Cornell University is a private and statutory Ivy League research university in Ithaca, New York. Cornell developed as a technologically innovative institution, applying its research to its campus and outreach efforts. For example, in 1883 it was one of the first university campuses to use electricity from a water-powered dynamo to light the grounds. Cornell university is academically affiliated with the Association of American Universities (AAU), the State University of New York, the Association of Public and Land-grant Universities (APLU) and the National Association of Independent Colleges and Universities (NAICU). It has been ranked #17 in National Universities, #3 in Best Colleges for Veterans, #19 in Most Innovative Schools and #224 in Top Performers on Social Mobility by the US News 2020 edition.

The main campus includes 608 buildings covering around 2300 acres of land, in the heart of New York State's Finger Lakes region. Ithaca, a historic and beautiful city, is voted as one of the top 100 places to live and the best green place to live. Since the university was founded, it has expanded to about 2,300 acres (9.3 km2), encompassing both the hill and much of the surrounding areas. Cornell offers over 80 majors and 100 fields of graduate study, with opportunities for further exploration in 18 minors. The most popular majors at Cornell University include Engineering, Business, Related Support Services, Management, Marketing, Biological, and Biomedical Sciences. Cornell students have the highest acceptance rates among those applying to top medical and law schools in the country.

In 2018, a total of 23,500+ students enrolled at the main campus from across 50 states from the US and 116 various countries. One of the highlighting facts about Cornell University is that the student body at the Ithaca campus consists of 23% international students. Around 8,000 interviews are conducted through Career Services on an annual basis. In 2016-17, nearly 390 employers like Walmart, Apple, Amazon, UnitedHealth Group, CVS Health, General Motors, etc. conducted on-campus interviews and 1,080 unique employers hired graduates from the class of 2017.

Planning to study in Cornell University?