In a bid to promote knowledge security, the Dutch Government has announced that new measures will be designed and implemented in the Universities, Universities of Applied Sciences, and Research Institutions to reduce the risks to national security. 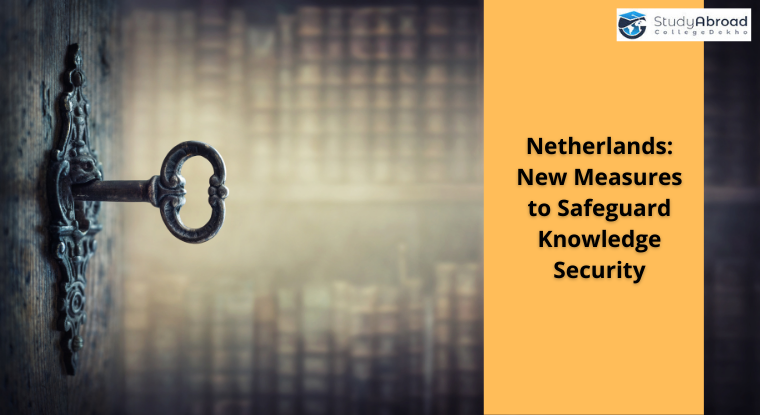 In a bid to safeguard the knowledge security at the universities and research institutions in the Netherlands, the Dutch government has announced that new measures will be designed and implemented.

The Cabinet outlined in a letter that the measures will be designed to avoid the transfer of sensitive information or technology where the national security of the country will be at risk, thus further causing limits on academic freedom.

Among the strategic objectives of the different state actors are to acquire High-Quality knowledge. With the availability of high-quality knowledge in the Netherlands, the decision of implementing new measures has been taken.

The Chairman of the Association of Universities in the Netherlands (VSNU), Pieter Duisenberg, appreciated the cabinet’s move towards the issue of knowledge security.

VSNU, in a statement, spoke about the importance of international partnerships for universities and that the Dutch universities often partner up with researchers from different parts of the world that leads to globally competitive research.

The statement further added that the Dutch universities are dedicated to promoting academic freedom and values. These factors can be negatively affected by the transfer of knowledge or when researchers are compelled to “self-censor”.

One of the many responsibilities that universities have taken up is to protect and promote academic freedom as a core value. Universities have already implemented screening and risk management as elements facilitating risk management, Duisenberg stated. He also added that the sector, on its own accord started to form its own guidelines towards knowledge security.

Duisenberg added that the Universities have been dedicated to building the guidelines, which is expected to be completed in the first half of 2021. He also added that the responsibility for national security has not been taken over by the sector.

However, the added costs of the measures will lead to a sharp increase in the administrative costs of the universities. Nonetheless, the end result will bring about the availability of a “well-considered, risk-based package, e.g. for cybersecurity and raising awareness of risks”.